"Live from the corner of Marcy..." 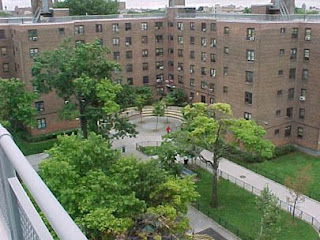 Its pretty hard to come by stuff that is genuinely rare these days. If you know where to look you can probably find all sorts of demos, unreleased mixes and shelved material by artists both known and unknown. This track definitely falls into the latter category.
If I’d have bought this on vinyl when it dropped it would more than likely have been filed alongside the numerous other classic 12”s that dropped around 95-96. However the only place it existed - for me - was on a TDK at the start of one of Pete Rock & Marley Marl’s ‘Future Flavas’ shows on Hot 97 (it may have actually been the last track played on the show before them but whatever). I kept an eye out for it through 10 years of numerous vinyl digging sessions but never found it.
A couple of years back I decided to harness the power of the internets and track it down. No amount of Hip Hop geeks on the forums could help so I googled the names mentioned on the track, one of which was Almighty Wise and – of course – he had a myspace page. He was more than a bit suprised that some bloke from England was after a track he put on tape over 10 years ago but was good enough to send me a full version and some other tracks he'd done.
Shame I'll never have it on vinyl but thats what Serato is for I guess.

DOWNLOAD 'ALL I SEE (LIVE FROM THE CORNER OF MARCY)'

I'm not one of these people who just likes stuff cos its rare or obscure but I do really like this track.
Posted by step one at Tuesday, March 17, 2009