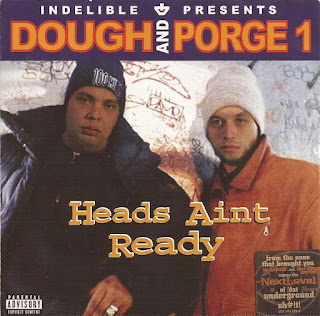 Superb mixtape from Dough and Porge 1 which dropped around 04/05. This was before the internet rendered the term 'rare' obsolete and there's plenty of other treats to be found here, such as their Drop It Like It's Hot remix which was in my sets for ages when I was playing out. One of those mixes where the shelf life isn't terminated by all the tracks eventually being available in better quality elsewhere. This is the sort of thing I aspire to making if time/patience/talent wasn't an issue. 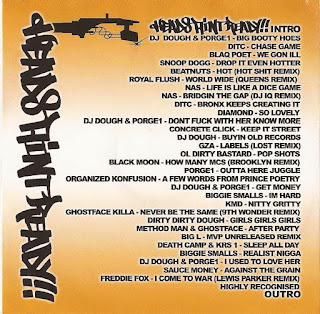 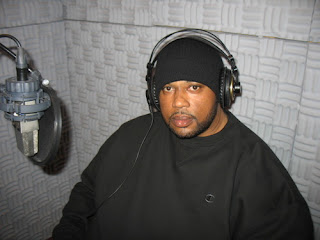 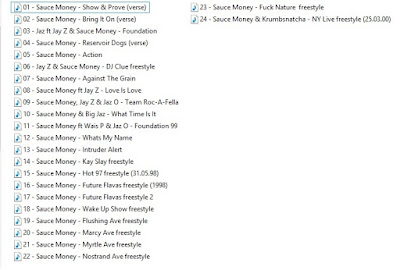 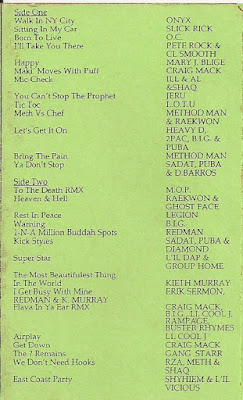 'Super Ugly' has just dropped so all the talk on this show is centered around the Nas - Jay Z beef. I'd suggest skipping that and heading for the beginning of part two where Kay Slay drops 45 minutes of mostly dis tracks by The LOX, Cam'ron, Mobb Deep and Beanie Sigel. That Rocafella - D Block beef served up considerably better musical results than Nas and Jay managed. 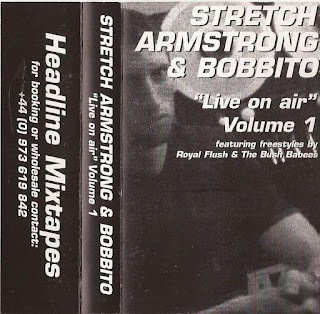 Thanks to Diggo Blick for sending me this cassette, which is 90 minutes of Stretch and Bob on Hot 97 with Royal Flush and Da Bush Babees in the studio. And it's Stretch's birthday. Full tracklist can be found here. 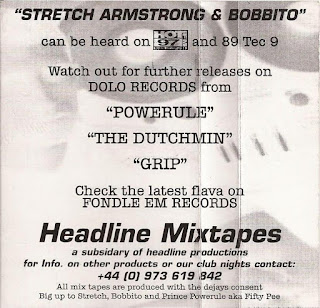 Some German rap radio that was in the batch of tapes Tobes donated. Think it's been paused-butoned a but but you do get a Guru freestyle at 25 mins. Shout to my Deutsche connect for the info on this one...

DJ Riz being disgustingly good at DJing for 20 minutes. This is very good and well worth a watch.
Posted by step one at Friday, November 03, 2017 1 comment:

3 hours of Flex here and he's actually in the UK, hyping things up for Tim's jam the following night. He kicks things off cutting up some breaks, throws on some new bits (Jay Z, Nas, Nore, Mobb Deep etc) and then into some 90s classics in part 2.

Looks like I have the tape of the live broadcast from The Temple the night after this so I'll post that up at some point too.
Posted by step one at Wednesday, November 01, 2017 1 comment: