This is a good one. Melle Mell and the lads with Rodney Cee of Double Trouble having a big old pass the mic sesh on the Radio 1 Rap Show. Melle sounds dope over Supastar.
Posted by step one at Saturday, May 30, 2020 No comments:

Not one but two London Posse freestyles from Westwood's show in '92. The first one above you may have heard before as it has appeared online in the past. It's the one with Rodders and Bionic going off over the remixes of Its A Boy and Shut Em Down and Check The Rhime. Classic material as you would expect.
The second one hasn't been shared before as far as I know and sees the duo doing their thing over Scenario and Uptown Anthem for 8 minutes,although that includes the odd false start Bionic decides to censor himself.

Thanks again to Eddie for the tapes of these ones.

Chuck Chillout on the wheels for the Kiss FM Mastermix Dance Party back in (what I think is) March '88. Yvonne Mobley hosts while Chuck cuts up Rob Base, Kane and Public Enemy.

download at the hip hop radio archive
Posted by step one at Tuesday, May 26, 2020 No comments: 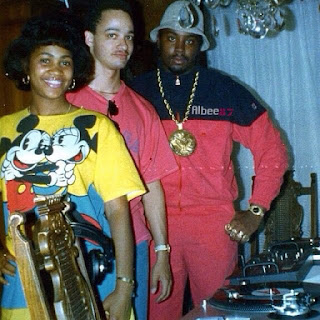 
Red Alert on Kiss FM, Oct '87 & Whizkid live in Peckham in '84, both courtesy of DJ MK who has been sharing some holy grail business on his Mixcloud recently

Nice mini-mix from the dons Its Overture

TDK presents Where Brooklyn At ?!?! The Biggie Fat Tape


That should keep you going.

So said Rodney P. MC D is a vet of the UK rap scene and as Silent Eclipse he scored a major label deal with 4th & Broadway back in the mid 90s which resulted in the Psychological Enslavement album that dropped in 95. Like a lot of rappers caught up in the red tape of such deals, he went quiet for a bit before re-emerging and making appearances on various projects in the early 00s.

Although the Silent Eclipse material was quite political and "conscious" (like an English Dead Prez or Paris), he was probably amongst the first artists to have that element of what eventually became known as "road rap" and is definitely highly regarded amongst those that know but his contribution is somewhat overlooked these days.

What we have here are 2 radio sessions from July 1993. The first is something I played loads back in the day but only had in poor quality until now. Taken from Max & Dave's show and over the beat for Make Room by Tha Alkaholiks, D kicks a tale of police harassment that would later appear on the Silent Eclipse album as the track Policing As A Tool. Dope stuff.

The second joint is something I hadn't heard before. More lyrics that would later appear on the Silent Eclipse LP, this time on the title track. This one was for DJ 279.

Big up Eddie for the box of tapes he sent over last week. Not full shows unfortunately but looks like there is going to be some gems on them. 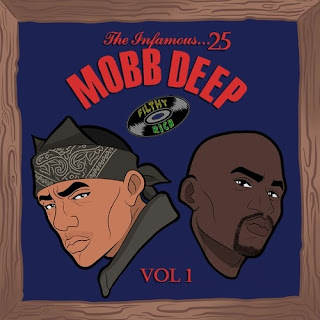 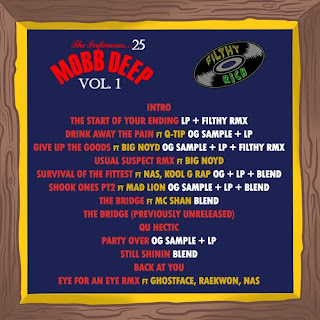 It's been ages since the last Don't Sleep but as I just copped this 12" I thought I'd post it up. This is something I first heard back in '88 when I was first getting into this hip hop thing. Like a lot of rap fans in the UK, the Streetsounds albums played a key part in forming my tastes, pulling together a bunch of fresh new US jams for those of us that weren't spending a fortune on imports in Groove Records every weekend. Being only 10/11 years old me and my mate Mark were very much about just finding whatever rap music we could get our hands on and at the age of 10 the bargain bins and sale items were a good place to start. He scored a copy of Electro 12 which I promptly copied (on high speed dubbing too I'd imagine) and was introduced to some top tunes by Grandmaster Flash, Fat Boys, 2 Live Crew and Whodini. The only track I din't like was Square Dance Rap by Sir Mix A Lot. The album also includes the super dope 'Ultimate III Live' (which warrants a post of its own) and the subject of this post - MC Story by MC Chill.

The single was released on Sal Abbatiello's Fever label, which was also responsible for records by Most Wanted, Spoonie G, Sweet G and Cover Girls. It churned out a ton of Latin freestyle records and that whole 80s keyboard thing is in full effect on MC Story (along with a bizarre and very out of place guitar solo at the end). The chorus is kind of cheesy but you do get a class verse from the one and only Melle Mell which makes things well worth the price of admission.

Obviously '86 was a changing of the guard for the music once Rakim and BDP came along so this was very much the end of an era for this kind of rap. It's not a track you would necessarily be into if you didn't hear it at the time, but very much a nostalgia piece for me personally so thought I'd shed a bit of light on it.

It's mad that the Streetsounds series didn't make it to CD, let alone digital or streaming outlets. You can listen to Electro 12 on Soundcloud though.
Posted by step one at Thursday, May 14, 2020 1 comment: 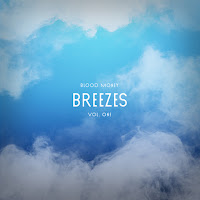 Blood Money is Tobes and DJ Dub and their latest project for your quarantined dome piece is two hours of smoothed out hip hop instrumentals from '95-'99...

In come the 1995 edition of the HHTB. 2 hours long because how do you fit everything in otherwise?
Posted by step one at Thursday, May 07, 2020 No comments: