Excellent mix by DJ Skully recorded for DJ Semtex's 1Xtra show, with a load of dubplate specials by some big UK artists alongside some US classics. 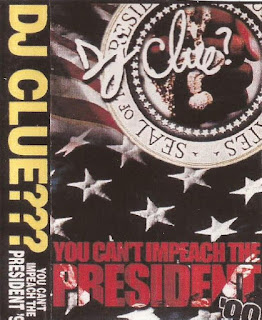 This has been online before but I just ripped my own copy and thought I'd post it as a) it's the first Clue tape I bought and b) it's full of bangers. Of particular note is Hate Me Now as an exclusive, an early airing of Full Clip, Eminem's Role Model (not 97 Bonnie & Clyde as the cover states) and some treats off Ruff Ryders Vol 1. You also get a young Fabolous opening up proceedings and an up and coming Ludacris closing the tape with a brief freestyle over the Ha instrumental. This is also the tape that put me up on Cali Chronic and the Deja Vu remix. All in all it was £10 well spent. 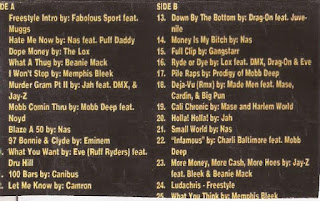 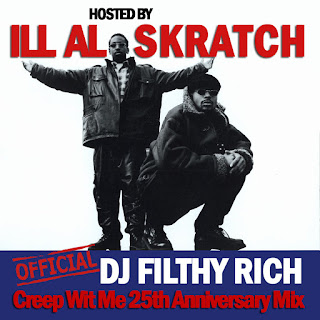 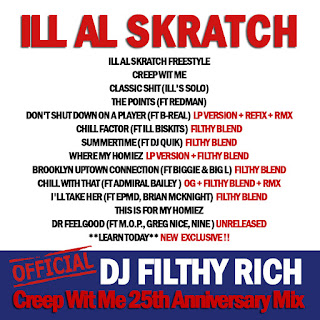 I've had this tape for ages (think it's another one Tobes gave me) but for one reason or another never got around to ripping it. Possibly because I thought it was going to be an hour of **fresh! aaahh!** being scratched to death with a 9 minute Peter Piper routine at the end. I'm pleased to say that it's not, and it's actually a nice selection from the summer of '96...

I've been going back through some tapes and re-ripping things at 320 kbps whilst trying to date them (for HHRA purposes, but also just because having several shows labelled with just a year gets confusing) and have come across a few bits that I've never posted before. This recording of In Control was one such thing. I think it was part of the first bundle Tobes gave me. Anyway, Clark Kent is on mixing duties on Marley's show filling in for Pete Rock who's off on tour with Heavy D & The Boyz. I've dated it based on the ticket giveaway for the Livin Large Rap Contest at The Apollo on September 16th. Clark gets busy.

Copped this one off Yoda. It says "live" but its actually a studio mix. I've not heard the whole tape yet and the tracklist is a bit all over the place. To be fully honest reading it is causing me minor anxiety but that probably says more about me than anything else. Either way, how often do you see a Charlie Chase mixtape? . 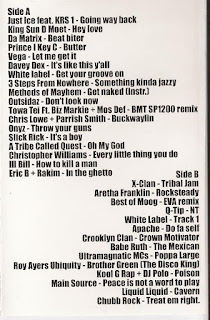 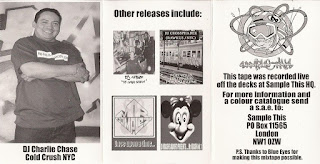 Big up Bad Cop for this one...

Another out of Yoda's collection. Richie Rich's show on Kiss, with guests Force N K.Zee in the house for an interview and freestyle session.


download at the hip hop radio archive
Posted by step one at Sunday, August 04, 2019 No comments: