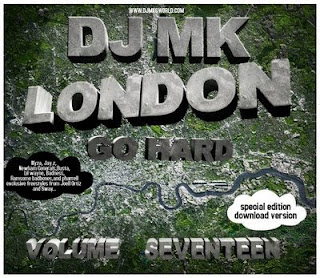 King of the UK mixtape scene back in the 90s, KISS FM's DJ MK has dropped what will hopefully be the first in a regular series of mixes.

The first MK tape I bought was 'Volume 9 - You're A Customer' direct from the man himself back when he was working at Handspun Records when it was downstairs from Dark N Cold on D'Arblay Street. I'd bought my first set of decks around the same time and that tape - and the volumes that followed - were something of a tutorial for me (ie I bought as many of the tunes off his tape as I could get my hands on and then imitated the mixes!)
Basically MK mixes always deliver.

Tracklisting is here
DOWNLOAD IT HERE
Posted by step one at Sunday, March 08, 2009