Following on from the tape of Carnival '95 I posted a few weeks ago, here's the recording of the 1996 broadcast, which I think takes in Sunday and Monday's performances. If I recall correctly, it was broadcast on Monday evening, and the swears are edited so it's not live and direct from the Westway. Westwood and Goldfinger hold down the selection with live performances by Heltah Skeltah, Lost Boyz, Blak Twang, Foxy Brown (who had no solo records at this point but was killing every feature) and Montell Jordan.
I've posted parts of this before but it's always better to have the whole thing uninterrupted. Highlights include Foxy having to back track when the crowd starts booing after her hypeman disses 2Pac and Jeru, a ruck kicking off during Montell's set ("they too busy fightin over there") and the whistle & horn posse greeting each banger with the appropriate response. 4th Chamber goes off. A GZA b-side. Your favourite Soundcloud rapper could never.
Posted by step one at Sunday, February 23, 2020 1 comment: 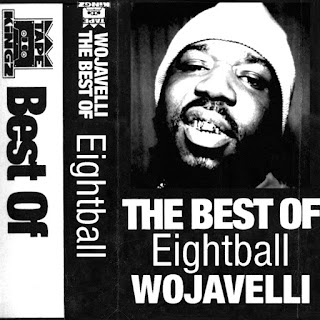 Always up for posting your mixes. Keep in mind the nature of the site so at the moment I'd say anything after 2004-05 is generally a no-go (there's plenty of other places your Drake vs Griselda mixtape can be seen). Good quality and preferably some type of artwork is nice. Don't get mad if I don't post it.
Posted by step one at Wednesday, February 19, 2020 5 comments: 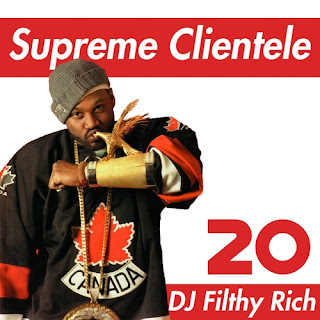 Filthy Richard done did it again. I hit him up about doing this towards the end of last year when I realised the 20th anniversary of Ghost's sophomore album was coming up, and he had already set the wheels in motion. This dropped last week so here's the link if you didn't check it out already.
Posted by step one at Monday, February 17, 2020 No comments:

More Westwood action. The previous night had been a Live To The UK jam broadcast from Adrenalin Village in Chelsea where Ghost & Cappa performed. I posted the tape of that years ago (and it's also been added to the Hip Hop Radio Archive and the Mixcloud page). Off the back of that someone sent me the freestyle where Jeru is also in the house. Now, over 10 years later, I finally have 90 minutes of the show for you. Bobby J is in the mix for the first part, before then you get the freestyle and live callers in the second half.

Shout to DJ Kryptonn for the rip.
Posted by step one at Saturday, February 08, 2020 No comments:

I've posted parts of this tape over the years but here's the full 2 hour show (now in 320), with Jeru and Mad Lion performing and Westwood and his crew running through a ton of rap, ragga, miami bass and R&B. Whistles and horns are in full effect and the reactions to certain tunes really let you know what was big on the street at the time, as opposed to an extensive twitter debate with William from Worcestershire who's adamant everyone was listening to Outkast and Jay Z back then and GZA and Smoothe Da Hustler was just some backpack shit.

Also, I know it's (finally fucking) February but you can pretend it's August.