What do we have here then? Oh just some insanely early WKCR action from back when the show was in it's infant stages and Stretch was still going by the name of DJ Skinny Bones...

Although tons of tapes from the duo 8 year run have been posted online these sessions from 1990 have proved hard to come by. Even Stretch and Bob themselves have been asking for them, so this was quite a find.  Shout out to Grime & Lime as this was buried in amongst all the Westwood tapes I was given and big up S&B guru Craig at Random Rap Radio for getting his Columbo on and pieciing together enough info to the point where we could establish a date (which wasn't on the tape but we're 99% sure is correct). There's no guests on here unfortunately but the tracklist is nuts and it's a great snapshot of the embryonic stages of something that would be go on to be iconic.

Co-incidentally, part of this show was also captured in the clip below , which in turn was used in the Radio That Changed Lives documentary.

Rappers And The Lies They Tell: A Guide

From golden era legends recounting past glories to the latest Hypebeast Youtube sensations, rappers be talking shit. Here's some of the most common porkies and what they actually mean.

“I actually produced that. I gave *producer X* the records to sample and he just put it in a machine and pressed the buttons” – I'm still not entirely sure how beats are made but hella mad no one told me about publishing and royalties back in the day

"I signed a $2 million dollar deal and they gave me my own label" - I got a $500 a month allowance and a rented Toyota Yaris. They agreed I could put the logo my cousin drew on the back of the CD if it comes out.

“The album is done. I’ve got Dre and Premier on there” – the record company won’t let me put the Primo one on the album and the budget for the Dre beat means that the rest of the producers will be sourced from Scandinavian Soundcloud accounts.

“I’m a hustler not a rapper”  - I got a bit lucky with that one single and I’m not sure how long I can ride this out for. Definitely not giving up the day job just yet.

“I really want to score movies” – If I can hook up a 3 minute drum loop with a piano sample surely soundtracking a 2 ½ hour film will be a doddle.

"I'm bringing back that real Hip Hop" - there is not an original thought to be found on my album.

“I was real cool with Pac/Big” – I once helped Biggie tilt a vending machine at Hot 97 when his bottle of Sprite got stuck.

“Black Thought is mad underrated” – I have never heard an album by The Roots.

“I don’t listen to Rap, I’m really into rock music like Coldplay and Fallout Boy” – possibly not a lie but still ridiculous

This post was bought to you by an insanely quiet day at work
Posted by step one at Saturday, January 28, 2017 2 comments:

Some Westwood from October 96. Nothing too remarkable on here although he does play the full length version of Nature Of The Threat (all 7+ minutes of it) which is wildly unusual and something that almost definitely wouldn't happen - or be allowed - on BBC radio now. The person that recorded it was going in with the pause button so most of the chat has been cut out but there's music by OGC, Keith Murray, Meaner, Jay Z, Jeru and D'Angelo. There's also 'Pay The Price' by Mr Pink which is actually Kamanchi Sly from Hijack doing his best Brad Jordan impression. It was a short lived alias which was documented by an article in HHC where they followed him round Soho chatting to hookers (or something like that). He then ditched that persona to become the Unknown MC. I'll leave it to you to decide whether that was a good thing or not*

I've recently been hooked up with an insanely large amount of tapes (300+), most of which are Westwood from 97-2003, plus some other bits and pieces. Massive big up to Grime & Lime for that. It's going to take a while to work through them all but judging by what's written on some of the inlay cards it will be worthwhile.


*It was not. There's a lot of UK Garage I like but that song is terrible.
Posted by step one at Thursday, January 26, 2017 No comments:


You have to wonder how Lil Cease must’ve felt when he pitched up to the annual Weed Carrier Convention in 1999. He’s on a table with Memphis Bleek, Streetlife and Cuban Link. All of them were granted some time to shine on their respective bosses albums. Cease had never got on Life After Death, despite doing a sterling job of holding BIG's weed and making sure there was plenty of paprika Pringles on the tour bus. All Bleek had to do was memorise a verse and he not only got on Reasonable Doubt but ended up doing the fucking intro to Volume 2 over one of Premier’s best beats. Life was not fair. Still, now that he’d finally had the green light for his own album everything would be lovely. The budget was huge because it was nearly impossible for a rap album not to go gold, and he’d got a bunch of beats that Mase had turned down, which not only saved him a bit of money but also dispensed with the issue of finding his own sound. Redman, Jay Z and Puffy had all recorded verses for it so all he needed was a dope cover and he was good to go.

As it turned out, the hilariously bad cover was not the only problem with Cease’s album but it probably didn’t help matters. I purchased it recently - not for any significant amount of money obviously – on the strength of the fact that I really liked ‘More Dangerous’ and thought that maybe there’d be a few other similar tracks on there worth having. There was not.
Cease isn’t a great rapper. Not that that’s ever got in the way of success but he obviously saw Mase’s success as his blueprint and plays up the ladies man angle while throwing in a few tougher tunes for the fellas. The thing was we already had Mase. As a result, the highlights on the album tend to be the guest spots. Future Sport would’ve made a great solo track for Redman. 4 My Niggaz is worth a listen just for the sake of hearing a Jay Z verse from the late 90s that hasn’t been played to death. That’s pretty much it. The rest of the songs probably wouldn’t bother you too much on their own in the context of say, a DJ Clue tape, but digesting the whole thing in one go is a big ask.

As a result it definitely qualifies for a ‘weak albums with 1 or 2 good songs’ list. Nashiem Myrick’s piano led beat for More Dangerous wouldn’t have sounded out of place on The War Report and as it sounds different to pretty much everything else on ‘The Wonderful World..’ it seems strange that it’s the opening track. Busta Rhymes is restricted to chorus duties, reciting a line from Biggie’s ‘Warning’ and Mr Bristal and G Dep put in a decent shift with the verses. So Dont' Sleep. 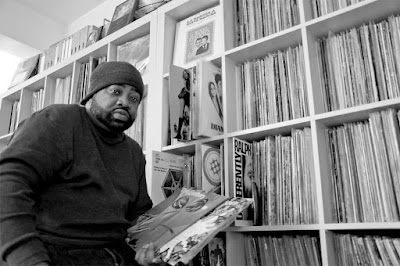 Straight party set from the brother with a fade, half moon and long sideburns. Lord Finesse rocks the Do-Over in LA on New Years Day. 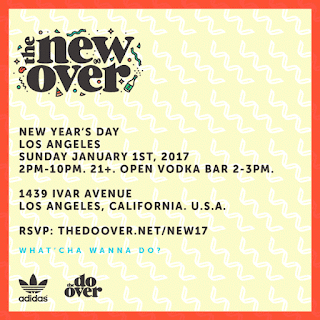 Quick ting here. As you might be aware, Camp Lo recently released an album's worth of 95/96 material in the form of On The Way Uptown. As I'm currently sitting on a few blends I'd made I thought I'd let this one go (there was going to be a whole mix of blends but I ended up doing the Real Live project instead). The acapella of the Paradise mix of  'Coolie High' over AZ's 'Sugarhill' instrumental. A Camp Lo - AZ collaboration over some Ski or Harry Fraud '88 Coupes' type production would be immense.

Other things that might be relevant to your interests:

The Oral History of 'Bling Bling' 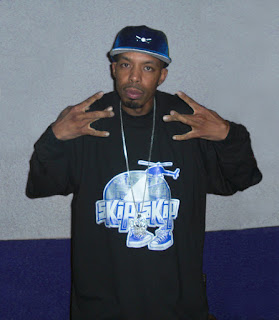 RIP Crazy Toones. Ice Cube and WC's tour DJ and general West Coast OG. Thought I'd throw this one up in his memory as I still play it from time to time and I think it probably went under alot of people's radar... 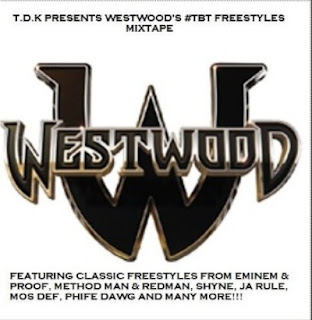 As you might be aware, Westwood has been posting freestyles from his old shows on Youtube and Soundcloud. Some of them have already appeared on this blog before but obviously he's got them straight from DAT so the quality is significantly better than my rips. TDK has taken it upon himself to collate a load of them together into an hour long mix. Go here and check it out.

Shame Tim has been binning the DATs of any shows that weren't labelled with a guest's name. All the more reason to salvage what's not already online though, so get in the shed/loft/spare room, find the shoebox you haven't touched since '99 and send me the tapes/files so I can get them out there!