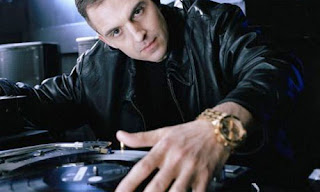 By popular demand, here is the Akinyele and Sadat X freestyle they dropped when they were guests on Westwood’s show in January 1996.
As it was the first anniversary of the Radio 1 Rap Show, Funkmaster Flex came over to headline the celebration party at The Temple in Tottenham (a regular Westwood spot). Flex bought over Sadat and Akinyele who featured on his ‘Loud Hangover’ 12” which was the lead single off his first legal mixtape and DJ’d on Westwood’s Friday and Saturday night shows.
I remember being ill that weekend and staying in to tape it. I’ve still got all four 90 minute tapes so I might post those up at some point.