This is what was going down in NYC 23 years ago today. Flex hosts his Friday night Street Jam show alongside Big Dennis, with Meth & Red passing through the studio and dropping the obligatory freestyle. Everything you'd expect Flex to be playing is in here: Lost Boyz, AZ, Wu Tang and Mary J, plus Mobb Deep, Kool G Rap and a nice indie joint right at the end that I hadn't heard before. Even the commercial break has some heat, with Biggie rapping over the Dogg Pound's New York New York beat for St Ides and a Tower Records ad for Only Built For Cuban Linx. There's also this...

Flex showcasing his astute A&R skills there. It's not quite as bad as Mr Magic's opinions on Public Enemy, BDP and the Beastie Boys but it does show how tough it was for rappers from other regions to get play on the East Coast. Interestingly he plays the Weedless mix, which despite owing it on vinyl I have never played and initially thought it was some rare demo or promo.

I recently found out that I haven't been receiving email notifications to approve comments and discovered 20+ from the last few months pending approval. Not sure what happened there but if you didn't get a response that's why. Thanks to Krisch for bringing it to my attention. Unfortunately there are plenty of people that think spamming blog comments sections is still a worthwhile endeavour (I really can't see how) so I need to keep the blocker in place.
Posted by step one at Friday, July 27, 2018 1 comment:

I had no idea this existed until today when I caught it on this Stretch Armstrong show from 1998.
I wouldn't say it's better than the original but it's not bad, and I'm surprised it hasn't crossed my path at some point in the last 20 years. Anyone know if this made it onto any kind of vinyl or CD, official or otherwise?

Big fun in the big town with Super Rockin Mr Magic and Marley Marl playing Eric B & Rakim, Run DMC, Fat Boys, LL and UTFO amongst others. This is a recording that was re-broadcast on Dave Pearce's show on Radio London, so in that respect it's a something of a precursor to the Rap Exchange that Westwood would host with Marley and then Flex years later.

Dave mentions having details of tickets for UK Fresh which was 19th July '86 so I guess this must be from a month or 2 before that.
Posted by step one at Saturday, July 14, 2018 1 comment: 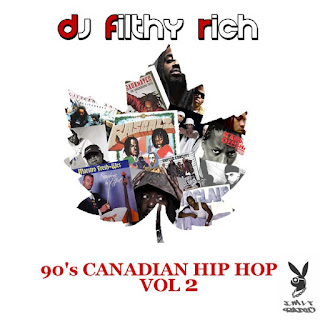 The Diabolical one on the tables at NYC's Q Club in May '94. Loving hearing the crowd singalong to Ain't No Fun when Biz cuts the volume...

Thanks again to Diablo for this one.

Always nice to hear a bit of Flex rocking on the radio, and being that it's from 1995 means the selection is suitably on point.

Not really sure what to make of the recent beef with Kid Capri but 2 men in their 50s shouldn't really be arguing online (about what appears to be nothing) and screen-shotting each others text messages. It's a shame really as I've heard Flex give the Kiiiiiid his props numerous times over the years. As an example, here's an interview with the pair from November '98 that was broadcast on the Radio 1 Rap Exchange.


I was amped to find this tape of Snoop, Daz & Kurupt on Westwood's show from February '94, as I had it back in the day and played it to death to the point where I could pretty much recite the live calls word for word (turns out I still can). This was also the only place I had the dope remix of N!ggaz Don't Give A Fuck which wouldn't appear in better quality until a few years ago. Once I had uploaded the freestyle for one of the first posts on this blog back in 2009, I sold the cassette to some dude in Germany who then stuck in on a CDR and tried selling it , with what I assume was limited success. Diablo's recording ended before the freestyle finished so I replaced it with the high quality copy straight from the DAT that Westwood himself shared a couple of years back,