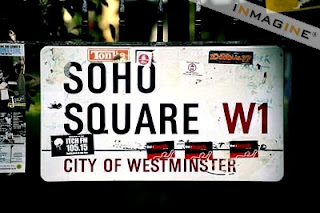 I made this mix last summer after a trip to London got me nostalgic for the days I’d spend all day wandering round Soho buying records. A typical day up there for me in the mid-90s meant checking Handspun (which later became Deal Real), Mr Bongo, Wyld Pytch, Uptown, Blackmarket, Unity, Reckless and probably a few others. There was also a bloke called Dan who used sell promos and rarities out of his record bag on street corners (He wasn’t cheap but if Westwood played it on a Friday he’d usually have it within the week!)

As great as the internet is for sourcing music, you definitely missed out on something if you weren’t around in that era. Shout out to everyone who remembers and to all the staff in those shops for putting up with us!