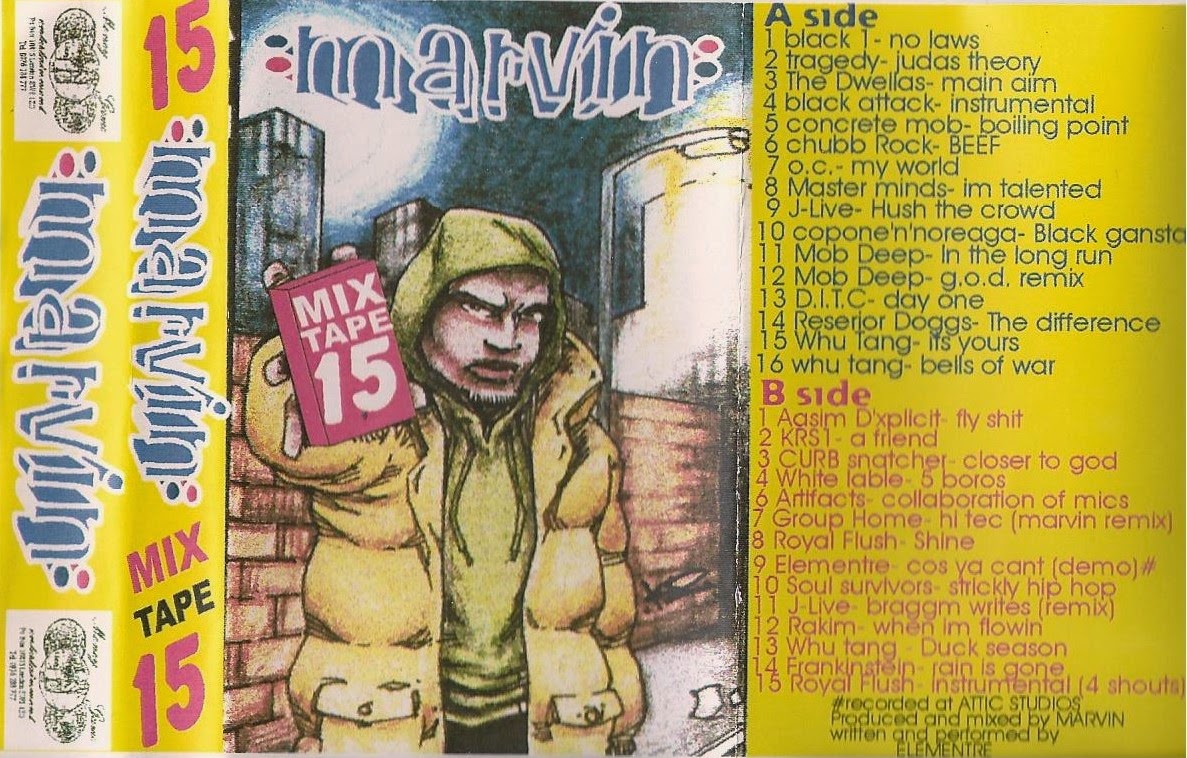 This tape is nice! Its from '97 so I'm pretty sure I would've bought it from Deal Real Records (possibly on the same day I copped Royal Flush's LP). Marvin was an English DJ. I can't really find any info on him but I've been told that he might've been from Southend and possibly lives in Jamaica now. Anyway, he's got skills.... 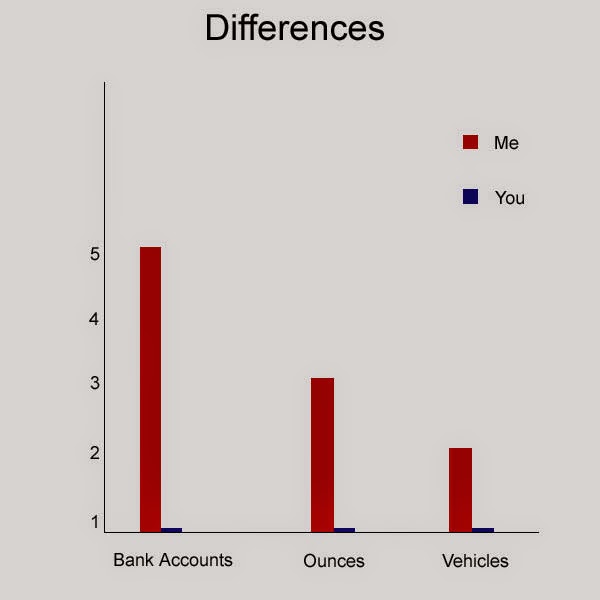 This isn't about those songs that we all loved when they came out but we've all heard way too often and don't ever really need to listen to again - Hypnotize, Insane In the Brain, It Aint Hard To Tell, Come Clean etc. You know the ones. I'll put my hands up to not immediately liking Simon Says, Flava In Ya Ear or Protect Ya Neck on first hearing them (with the latter 2 it was probably a case of listening to too much G Funk at the time). Those grew on me pretty quickly though, mainly after Funk Flex pulling it back to the beginning for the 8th time. This post is for tracks that were/are really popular but I never liked. Not then and not now. I think I'm gonna be in the minority but feel free to prove me wrong...


Take a bow Drayz and Skoob. You managed to drop a track in 1995 with mixes by Pete Rock and Primo that I don't like. Pick a mix, any mix, it doesn't matter. The song seems to have been given an eternal shelf life by warm up DJs at Rap shows who will inevitably drop a verse and chorus of this before switching into 'Hip Hop' by Dead Prez. Its not fashionable to admit it but I like most of the 12"s from the two Das EFX LPs. Hard Like A Criminal and the Premier remix of Kaught In Da AK are particular faves. This just isn't doing it all though. At the time it was competing against the likes of Biggie, Raekwon, AZ, Mobb Deep so it was always fighting a losing battle. The beat on it just never did anything for me at all, its one of those one dimensional boom bap things that doesn't really build up or do anything for the rappers. It doesn't even work for me as a nostalgia piece in the "well at least its better than Drake" school of thought. Bin it.


This was the first song I'd heard Biggie on that I didn't like. I wasn't DJing when it dropped but as far as I could tell this was huge in the clubs and it was getting rinsed on the radio. The thing is it's just not that good.
BIG's verse is decent enough I suppose but the beat never really hit the spot for me and in '95 Cease and Lil Kim weren't really up to par (as mentioned in the post above, the calibre of the competition meant standard were set pretty high and we were spoilt for choice). If I had to put a positive spin on it, maybe I'd have been into it more if I was playing in the clubs when it came out or if it had dropped in '99 and was produced by Irv Gotti or Swizz Beatz. As it stands though: Meh. Its a glimpse of the sort of thing Biggie might've ended up churning out on the regular if he hadn't been killed. I'm sure there would've been a few Neptunes and Timbaland bangers along the way aswell though.
Sidenote: I never liked 'Get Money' either, although obviously the remix is greatness.


OK, maybe I'm stretching it a bit with this one but I never liked the beat on this. Obviously it's not completely shit and I know that the (obviously superb) lyrics needed an instrumental that wasn't too overbearing but I find it a bit dull. For such a personal song it could do with a chord change or two just to add a bit of feeling or emotion to the proceedings. If you aren't convinced then consider this:
- If it was that good surely Q Tip would've used it on Midnight Marauders.
- The acapella sounds better over pretty much every other beat I've heard it blended with, the best of which was probably DJ Rectangle mixing it over the Deep Cover instrumental on his 'OG Style' mixtape.

Sidenote: I'm sure that at some point a few years after Illmatic came out, some people got the narrative of the song confused and thought Nas was writing a letter to Cormega. 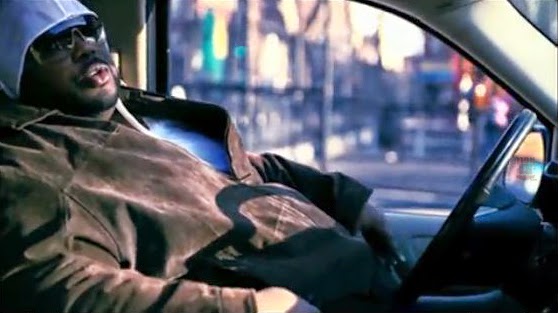 I've been trying to find out some info on this on and off for a while now. The last bout of investigation came up short so I thought (at bad-cop's suggestion) I'd call it a Future Flavas exclusive and be done with it. Taken from a Marley Marl guest mix on Westwood's show in 1998, its a rather random collaboration between Heather B, All City and Sauce Money (who always makes a track worth listening to)

If there's anyone out there with any info on this or a better quality/full length version then you know what to do... 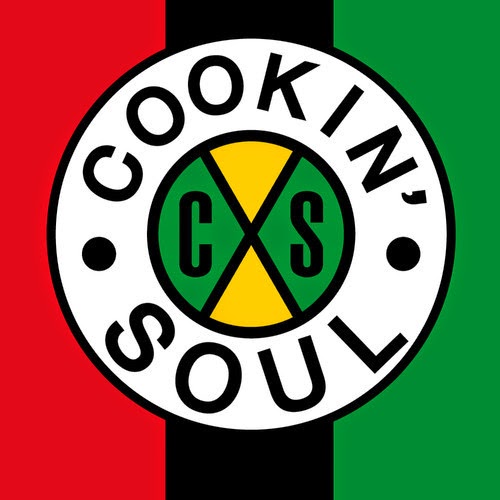 I've known about Cookin Soul for a while but only just discovered that they're Spanish and that a bunch of their remixes are available on their Soundcloud page...

If you've got time to kill go through the whole page. There's also their own original productions for the likes of Freddie Gibbs, YG, Currensy, Yukmouth and more. Good stuff.
Posted by step one at Sunday, June 15, 2014 No comments: 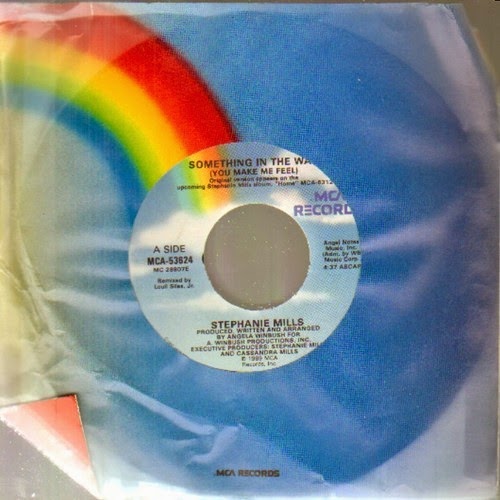 "Salute to Kid Capri for making this acapella one of the most sought after joints on this earth after blending it with 'Impeach The President' live on MTV back in the day. Now I'm putting my spin on it.
Enjoy!!" 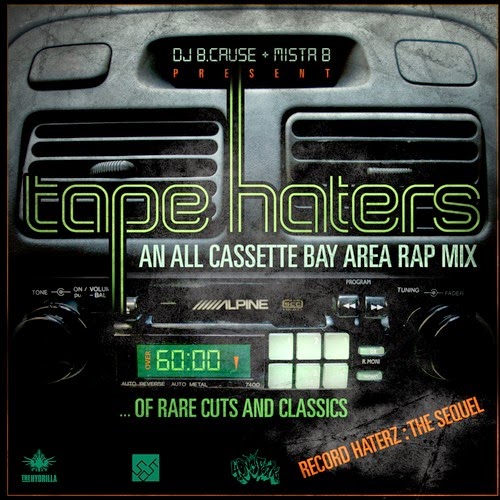 "At last - here is the sequel to our 2009 mix, "Record Haterz". This mix project was created using recordings culled from some of our favorite old bay area rap cassette tapes. Enjoy a mix of obscure heat and classic grooves, perfect for the whip or on the go. Warning: EXPLICIT Language! CDs/Cassettes available soon..."

Kerry Katona of this Rap shit...


Not entirely sure what to make of this but its definitely an improvement on Memphis Bleek repping L'Oreal (at 2:59)...