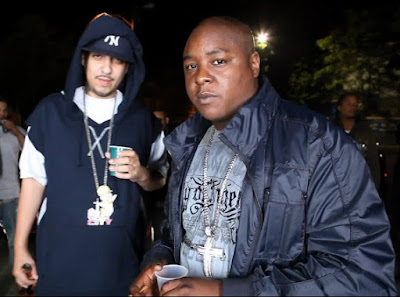 Having fully enjoyed French & Jada's '88 Coupes' and been pleasantly surprised by how good Method Man's recent freestyle over the Harry Fraud beat was, I thought I'd edit them together into one track...

Haven't checked Meth's new album yet. Hoping it has 2-3 decent songs worth copping as I like listening to him rap but he doesn't exactly have a great track record with his solo material. If he got someone like Harry Fraud or Alchemist (or even Black Milk) to do a few beats great things might happen.

Just had a thought that I should've obvz called this '89 Coupes' or something but I can't be bothered to re-up it.
Posted by step one at Saturday, August 22, 2015 No comments:

I'll be back but for now just google...

Its a BDP reference. No posts recently due the house move now being in full effect. 20 years ago, almost to the week, I bought my first set of turntables - some Gemini belt drives. Today is the first time since then I haven't had them or my vinyl (or any CDs for that matter) in the house. Having lots of records is all well and good until it comes time to move, and then it's just a total bastard. Especially when you live on the 3rd floor with 5 flights of stairs and no lift. It's hard not to feel envious of the people who have all their music on a harddrive, or the types that just use iTunes and Spotify and occasionally buy a compilation from the supermarket.

Anyway, rant over. I feel like I may have posted something similar before but the point remains relevant. This is going to be one of those placeholder type posts where I put you up on them thangs I've discovered on my online travels. No one really sends me their mixes to post anymore. Feel free to do that if you've got something you want to share. Some decent artwork and being able to actually mix helps btw, although I'm fully aware I never have art for my own mixes. So...

Random Rap Radio continues to be a source of things you never heard before (for..for..never heard before...) like this Pete Rock & Marley Marl Future Flavas mixtape sampler for MCA Records from 1999

Mark 563 has posted his dope 'Whats Real' mixtape from 2005 on Mixcloud, featuring all sorts of mid 90s classics.

If you want something to read while you're listening to these, the homie Stan Ipcus recently hooked up another one of his excellent Mixtape Memories pieces, this time interviewing Craig G.

That should keep you going for now. Have fun and enjoy whats left of the summer.

Edit - just realised that 4 of the 6 people linked above used to work in record shops in London. Weird. Shout out to Mr Bongo, Liberty Grooves, Handspun/Deal Real and HMV Oxford Street!

One other thing. I really wanted to like Compton and aside from the presence of Kendrick Lamar and Eminem the tracklist showed some promise. I can't remember the last time I was that pleased to receive a new release in my inbox, but on hearing it I thought the majority of it was rubbish with one or two songs being tolerable at best. The first track after the intro is particularly terrible. Comments I've read online - and there are many - suggest I'm very much in the minority but then as a general rule, comments online suggest most people are stupid. So there. There's a new Warren G EP out with previously unheard Nate Dogg vocals. I suggest you seek that out instead,
Posted by step one at Friday, August 14, 2015 3 comments: