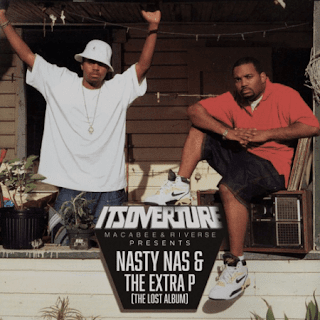 Another quality set from Its Overture, using Nas acapellas over Large Professor beats.

I'm sure someone has done this before but the chance to pair up my favourite Redman track with my favourite Tribe track seemed like too good an opportunity to miss.
Posted by step one at Friday, September 15, 2017 1 comment:

Having missed most of them when they aired, I'm really enjoying these New York Live shows with Westwood and Marley Marl. The guests and tunes tend to be a bit more varied than what you'd hear Flex playing on the Hot 97 Rap Exchanges. Lots going on in this one with Starang of OGC and Cormega guesting in part one, and then Deadly Venoms (an all female group that included N Tyce and who were briefly affiliated with the Wu), Screwball and DJ S&S appear in part two. All of them get together for a freestyle sesh at the beginning of part two...

Another tape from the batch Tobes gave me. Think this one may have been online before as there's a tracklist on the S&B blog. As with every single radio show and mixtape from the second half of 1997, this includes You Know My Steez and Its Been A Long Time. There's some nice indie tracks on here too, plus Wu All Stars 'Sole In The Hole' which is one of the better songs by a Wu Tang spin off.
Posted by step one at Saturday, September 09, 2017 1 comment: 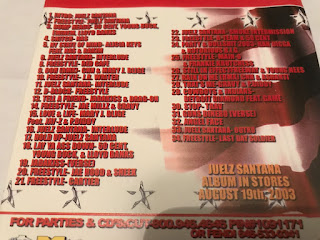 This is something a friend of mine bought back from a holiday in Barbados and it's always a good one to throw on when the sun's out. Just under an hour of the island's Hott FM with DJ Malcolm X mixing up some dancehall and hip hop on a Friday afternoon, Highlights include the very cheesy station jingle at the start, regular ads for the upcoming Def Jam Back To School party, underpinned by Crooklyn Clan's 'Oh Noooo' which reworks Ruff Ryders Anthem into the melody of Superthug (genius stuff), a dancehall track using the synths from Prince's 1999 and ragga takes of Hate Me Now and Redman's Da Goodness, plus a blend of Top Billin over Das EFX's Mic Checka.

Not entirely sure about a DJ calling himself Malcolm X but love the fact that there's a Bajan DJ called The Chiuahua Businessman.