Seven things, to be precise.

1) If in 1993 you'd asked 1000 people to pick a new rapper that would still be making reasonably successful music on a major label 20 years later, I'm pretty sure no one would've chosen Fat Joe. Mr Crack (as his fellow PTA members call him) has endured a decent career without ever being particularly outstanding. He's also managed a decent amount of commercially successful singles which is pretty bizarre for someone who made their name off Diamond D beats and Kool G Rap collabos. He's no one's favourite rapper yet he's outlasted most of his peers. Other '93 alumni like Jeru, Buckshot and Inspectah Deck are probably wondering where the fuck they went wrong when they're backstage waiting to perform to 150 people in a basement in Budapest and Joseph Cartagena is kicking back with a low fat smoothie watching the outakes from his videos with J Lo and R Kelly on his HD plasma. Salute.

2) People really need to chill with the J Dilla anniversaries, tributes and reissues. And what the fuck his mum has do to with anything is beyond me. I imagine if he could see what's happened since he died he'd find the whole thing hugely embarrassing. I get that he's very innovative and creative with his sampling and drums and blah blah but where's his 'TROY', his 'World Is Yours' or his 'Come Clean'? Fuck, where's his 'Grindin', 'Protect Ya Neck' or 'Get Low' for that matter. It kind of makes me scared of what will happen when we lose Primo, Dre, Marley and the 10-20 other producers that rank above him.

3) Kendrick Lamar. Just...no. I get that if you aren't into Drake/Young Thug/Molly & Weed rap or whatever then you might consider him a "refreshing alternative" but his voice is fucking terrible. Trying to sound like Canibus when you want to, like, really seriously get your point across because you have Something To Say is not the one. I get the feeling he wants to be Nas x Kanye but he's basically the US version of Rizzle Kicks.

4) How have we found ourselves in a world where Kanye, Paul McCartney and fucking Rihanna can make a song together without any fear of violent reprisals. It's becoming increasingly hard to believe Kanye was behind so much good rap music 10-12 years ago. The least he could do is throw us a 'Power' or 'Cant Tell Me Nothing' every now and again.

5) If someone thinks 'Illmatic' is the best rap album ever I just assume they're too young to have heard 'Nation Of Millions...'. One is a great rap album. The other is just a great album. One took early 90s Hip Hop to its logical conclusion and one just changed the whole fucking game. Pretty much all rap sounds weak if you play it after classic PE/Bomb Squad music. Check this great BBC4 documentary on the group here and an unintentionally hilarious look at what Professor Griff is up to these days here (spoiler: 2Pac was killed because he wouldn't let Quincy Jones take him up the wrong 'un)

6) There really should've been a third Crooklyn Dodgers record (I assume we've all agreed to pretend this didn't happen). 1998 would've been a good time for it. I think a line up of Big Daddy Kane, Sauce Money and Jay Z with Primo on the boards would've done the business. They could have tied it in with being a Biggie tribute seeing as all the other ones at the time were terrible.
On a related note, this is a really good article about the making of the first Crooklyn Dodgers record. A whole album could've been amazing. Shame Buckshot opted to do that second Black Moon album instead but then that's why he's in Budapest and not lounging with video hoes like ya boy Joey Crack.
Side note: This is probably the worst photo to ever grace the cover of a rap album

7) How the fuck did we get into a position where people are talking about this and using the phrases 'classic', 'fire' and 'blackout' ?  At best its mildly amusing but for the most part its pretty shit. I mean, I know the people championing it on twitter were probably the same ones losing their mind over Kendrick's 'Control' verse (yawn) but still.

This post was bought to you by a long week, a scroll back through old twitter posts and this morning's playlist being set to 'random'. 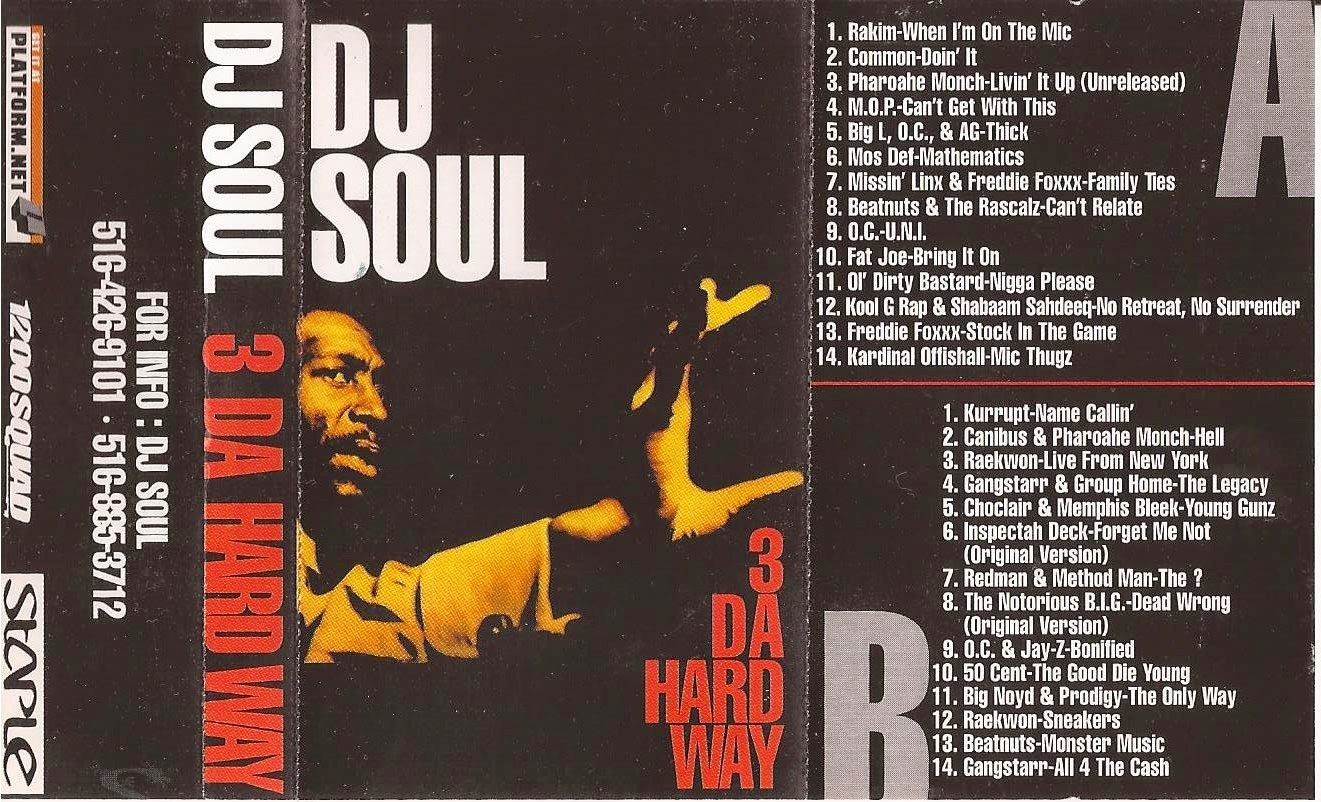 If you like this there's a whole stack of treats on his Soundcloud page
Posted by step one at Thursday, February 19, 2015 No comments: 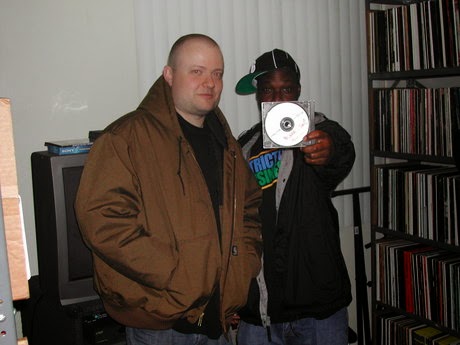 As often seems to be the case with things I like, the podcast was stopped not long after I found out about it. I've got one or two more I might post up at some point.
Posted by step one at Thursday, February 12, 2015 No comments:

As Hip Hop's one time flagship radio station has been sacking and losing some key staff recently (amidst rumours that it might change up its format completely) lets reminisce over the station's good times with a compilation of some of the freestyle sessions that have taken place up at 395 Hudson Street over the years.
Like most UK rap listeners, I was first exposed to Hot 97 in the mid 90s by way of Funkmaster Flex's monthly 'Rap Exchange' radio shows with Tim Westwood. As mixtapes and the internet became more prominent, we had better access to all sorts of era defining freestyles, beefs, interviews and mixes. Spitting live on Flex's show became almost a rite of passage for rappers looking to establish a rep and make an impact on the game. Some of the sessions that have gone down reached legendary status. This comp includes some of those, a few lesser known ones and some particularly random collabos - Fat Joe, Charlie Brown and Red Hot Lover Tone anyone? How about MC Serch, Scarface and KRS One?

This post does have something of the 'sitcom clip show' about it and if you've been checking this blog regularly from day one (nearly 6 years ago!) you might have most of these but for those who slept, or who's hard drives crashed hopefully there's some stuff you'll be into. The Jay Z one is probably my favourite on here, partly because its one of the last things he did that I really liked but also because its over Black Rob's 'Can I Live' beat, which is infinitely better than the awful 'Dear Summer' which the verses in question eventually ended up being used for.

If you missed it last year, I did something similarly to this comp for Nah Right where I collated some classic moments from Westwood's shows:

10 Classic On Air Freestyles with Tim Westwood
Posted by step one at Friday, February 06, 2015 2 comments: 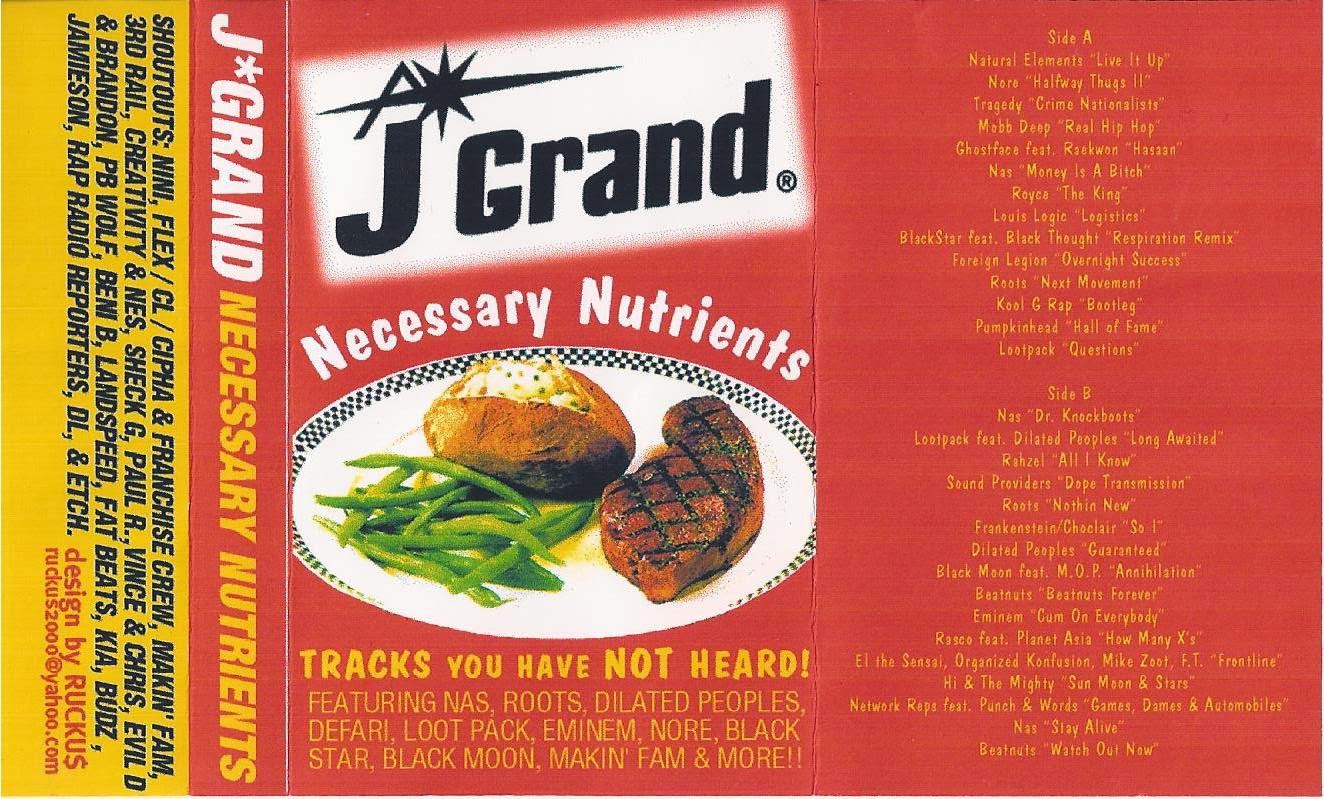 J Grand from '99. This includes the original unreleased/bootlegged version of 'Quiet Storm' and what I think is a demo version of 'Watch Out Now' at the end of side 1 (not side 2 like it says on the cover)...

Had to go into repair mode on this one after the tape snapped at the end of the first side. Shouts to anyone who remembers this scenario: 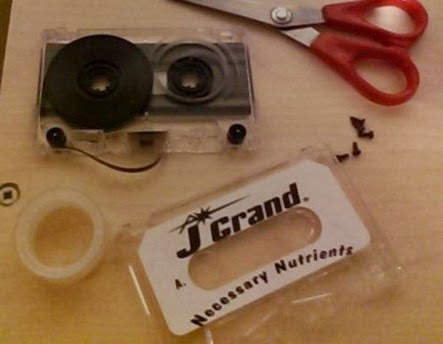