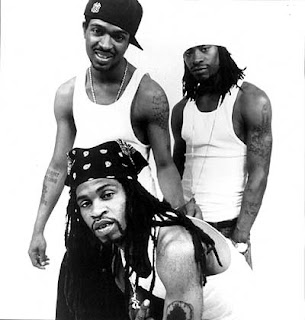 This year's Carnival is in full flow while I'm writing this so here's one more drop from Westwood's stage back in '96.
The Lost Boyz perform 'Lex Coups, Bimaz..' and 'Renee'...

I was thinking of going this year but the weather didnt get good til about an hour ago, plus I've been DJing all weekend so instead I'm lounging on my sofa trying to retrive my numbers from my phone, which inexplicably died last night.

Hopefully it'll all go smoother than last year.
Posted by step one at Monday, August 31, 2009 2 comments: 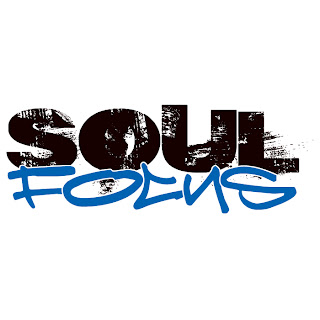 Self promotion time! Following on from the success of the EPMD and Roots Manuva remixes last month, we've got another two for you.

The first is a 'jackin for beats' style remix of MC Shan's 'The Bridge', using some classic 80s soul instrumentals to add a nice funky vibe to this Hip Hop staple.

The second release flips Uptown's 1989 anthem 'Dope On Plastic' over an instantly recognisable breakbeat that makes it a guaranteed floor-filler.

All feedback and support is appreciated.
If you're a working DJ and are interested in receiving future releases via our mailing list contact me at changetheflow@hotmail.com
Posted by step one at Monday, August 24, 2009 No comments: 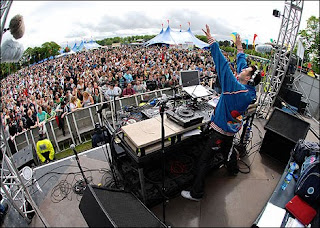 Big Tim rocking Carnival back in '96. Strictly crowd pleasers and anthems on this one, plus Heltah Skeltah performing live. RIP Sean Price.

Tim Westwood live @ Notting Hill Carnival (1996) by Djstepone on Mixcloud
Posted by step one at Sunday, August 23, 2009 No comments: 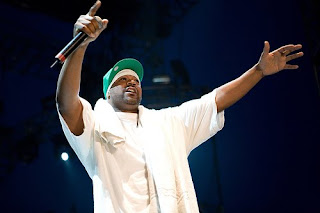 Ghostface, Cappadonna and Jeru freestyling on Radio 1 in late '96, possibly from around the same time as this show.

DOWNLOAD
Posted by step one at Thursday, August 20, 2009 No comments: 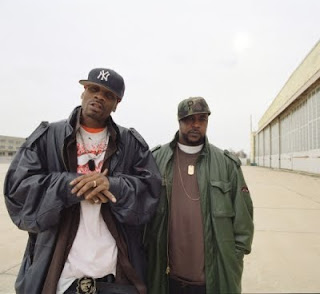 More from Westwood's Radio 1 stage at Carnival. This is Heltah Skeltah performing 'Operation Lockdown' in 1996. 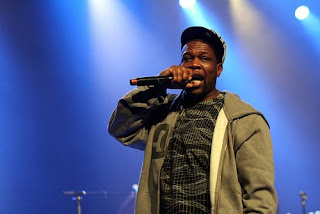 With Notting Hill Carnival fast approaching I thought I'd dig out a couple of recordings from when Radio 1 broadcast the highlights of Tim Westwood's stage.
This first one is a 20 minute live set from Jeru The Damaja, with Afu Ra on hypeman duties...

There'll be more classic carnival business on the way soon.
Posted by step one at Wednesday, August 12, 2009 1 comment: 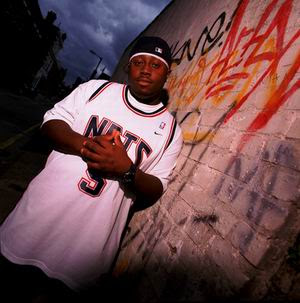 As the new millenium approached, Tim Westwood's shows were getting pretty tiresome. This was partly because he'd inked a compilation deal with Def Jam and was giving more airtime to their artists than anyone else. Also, he was trying way too hard to imitate Funkmaster Flex, and his playlist was reflecting a club set rather than playing new releases. I dont need to hear 'Hypnotize' and 'California Love' while I'm at home.
Anyway, those of us living close enough to London to pick up Kiss FM had an alternative. Shortee Blitz & Big Ted (aka The Chubby Kids) had a decent 2 hour show midweek that covered all bases, so you'd hear the latest from Jay Z or Nas alongside indie releases and new UK stuff. It was also refreshing to hear the presenters on a Hip Hop show cracking jokes and chatting rather than giving it loads of attitude.
Here's 60 minutes of a show from December 2000... 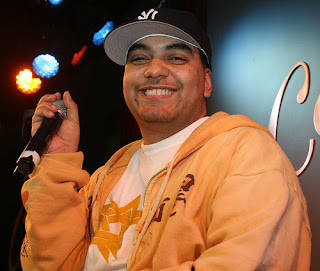 At the end theres also an interview with DJ Premier who speaks on how Marley influenced him. Unfortunately the tape cuts out after a few minutes.
Posted by step one at Wednesday, August 05, 2009 2 comments:

DJ Books - The Juice Crew: Masters Of The Symphony 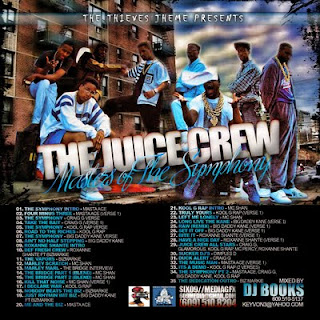 This mix is the first part of a project co-ordinated by S.O.U.L who has got one the best blogs out as far new and old mixtapes go.
DJ Books comes correct with this selection of Juice Crew classics. Make sure you grab this and keep an eye out for more in this series coming soon.


Not sure if I'll be posting much in August as things are looking quite busy. I'll try and find a bit of time to sort out a few treats. As always, if you've got anything that you want to share on the site just email me.
Posted by step one at Monday, August 03, 2009 No comments: