Some UKHH from back in the day. Rodney P & Skitz host their 1Xtra show live from the BBC's Maida Vale studio wit DJ IQ, Cappo, Taz and Blak Twang all passing through and performing.

If you like early 00s UKHH, I also dropped this tape of Greenpeace's All City Show on XFM from 2004 with Klashnekoff
Posted by step one at Friday, November 23, 2018 No comments:

Banger. This is a record that I'd only heard on Stretch Armstrong and DJ Ev's excellent 'Back To Back' mixtape, and a few times on Stretch's radio shows. It was after posting one of those shows that someone in the comment section informed me that I could find it on the 2004 album 'Live At The Barbeque' which compiled a bunch of unreleased and rare Ak tracks. Shout out to Mighty Mi for that putting that together.
Anyway, Freaky is definitely something that would've shifted decent units had it dropped in a 12" back in the day. I haven't been able to find out much about the other rapper on the track, who I think is called J Mo (or Jay Mo/Jay Moe) as there's a couple of rappers with that name and it looks like they're based in the Bay Area rather than Queens. [Updated] It's CJ Moore.
Akinyele has a bit of a strange time with rap fans, in that 90s heads and boom bap purists fawn over his debut album and then mostly ignore anything he released after that. Maybe all the sex chat made them uncomfortable or something. This track also proved to be a source of inspiration for Nas, who I assume thought that as barely anyone had heard it he would be safe to jack Ak's punchline about not even picking the cotton out of asprin bottles for his verse on 'Why You Hate The Game' in 2007. Sneaky.

Audiomack seem to have gone corporate and bitched out on the download feature so here's a link if you want the MP3.

If you like this you should visit/revisit The Martorialist's playlist of Akinyele deep cuts. The Robbery Song in particular has been in regular rotation round here recently. 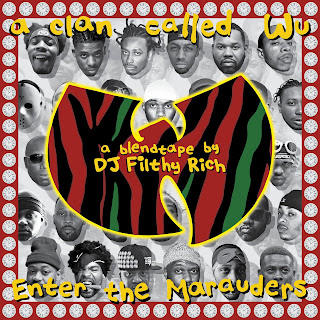 Another dope Filthy Rich mix. If you've been online in the last 48 hours you're probably already aware of it but if not I highly recommend giving it a listen... 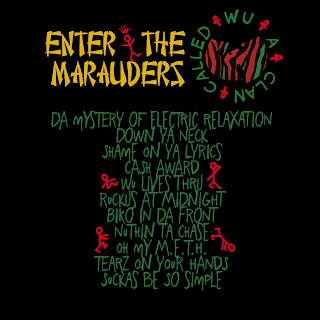 I copped this years ago from Grime & Lime (download link still available) and just added it to my Mixcloud page  - for my convenience as much as anyone else's - after giving it a listen this week. I try not to leave it too long between posts so thought I'd throw this one up. Enjoy.