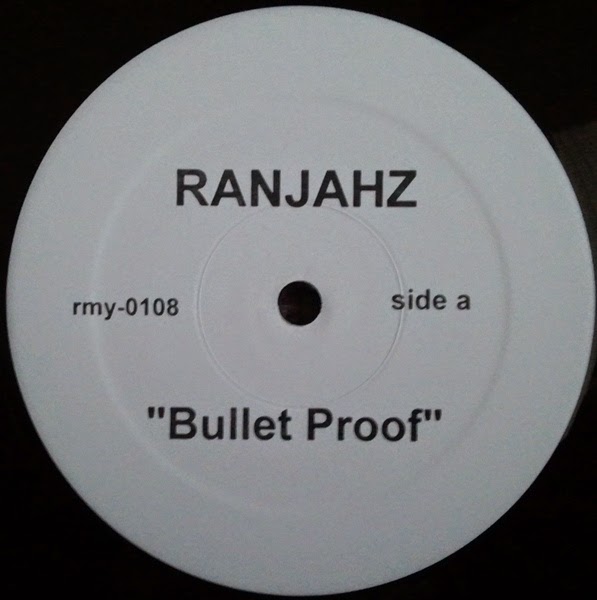 Had a minor set back involving (what else) the world's most jinxed laptop. Seems to be working ok for now so I thought I'd post up this month's installment of Don't Sleep for you.
Da Ranjahz have a had a strange career in the rap game, having been around since the mid 90s and putting out material on a host of different labels but never really getting a consistent run of releases together. They did seem to have a pretty good relationship with that dude that rapped on 'Crazy In Love' and were signed to the ill fated Carter Faculty imprint . They were also fortunate  enough to be rolling with The ROC around the time when Jigga didn't mind doing the clean up verse on a hookless mixtape joint. 'Bulletproof' - which appears on this rather handy bootleg 12" - follows the same concept as Organized Konfusion's 'Stray Bullet' and 'I Gave You Power' by Nas, but it's better than both of those songs...

I'm pretty certain that 'Insp-Her-Ation' could've been a reasonably big mainstream track with the right push. Records like that charted back then, and we know how much Alan and Becky in HR seem to enjoy Cee Lo.  I suppose the fact it wasn't means it hasn't been rendered unlistenable by being heard every hour of every day for a year though. 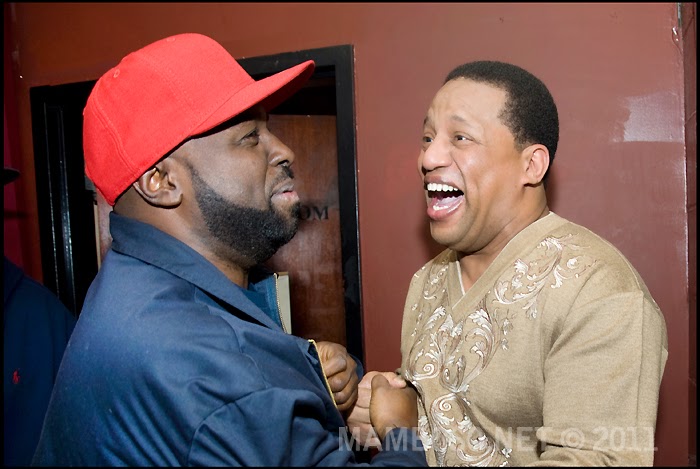 This is dope. Flex rocking NYC's Palladium back in '93 with Lovebug Starski on mic duties. What else do you need to know?

Good quality recording as well, unlike some live clubs sets I've posted before. The only downside is that it sounds like Nas was due to perform that night (in New York, in 1993.) as they call him to the stage, but the tape runs out before we hear anything. Thanks to MK for the tape.
Posted by step one at Monday, January 19, 2015 2 comments: 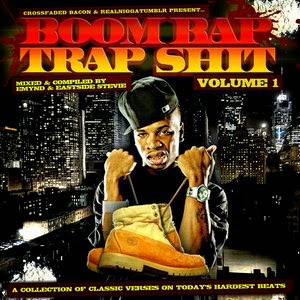 I've got a couple of big tapes ready to be posted but there was a change to our scheduled post after hearing the sad news about the death of A$AP Yams earlier today. I traded a few tracks with him in the pre-A$AP days when he was killing it on his Tumblr page and he'd shown this blog some love on social media over the last few years so I thought I'd pay homage and re-up this mix he did alongside DJ Emynd under his original alias of Eastside Stevie. This got a fair bit of attention when it dropped as it takes classic acapellas by your more "traditional" rappers (CNN, Mobb Deep, Camp Lo etc) and throws them over some dirty south instrumentals. Not for everyone (purists should approach with caution!) but definitely an interesting concept and it works really well for the most part. 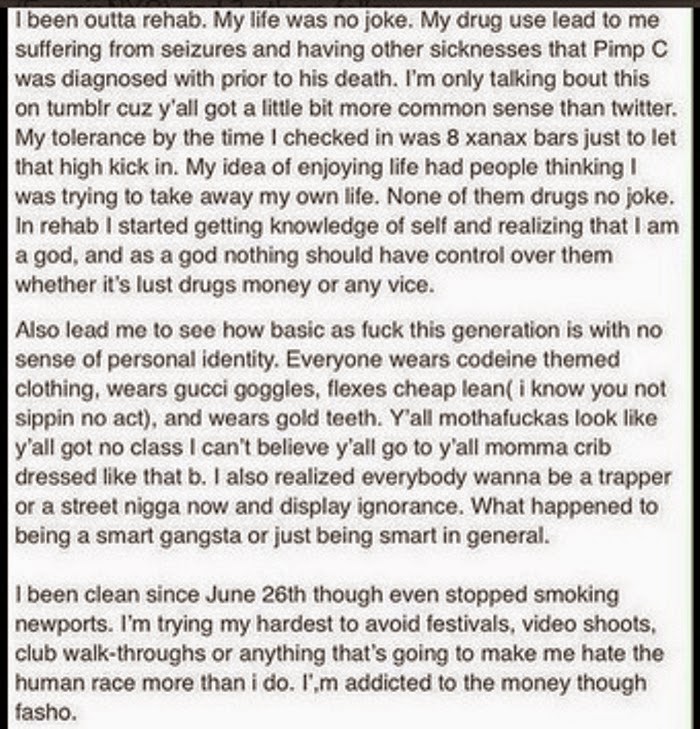 A Mixtape Of Mixtapes
(unreleased heat from the early 00s) 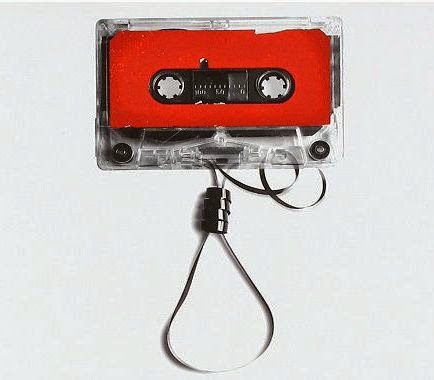 Back in the days of 56K dial-up (which was 2001 - 2005 in my case), downloading a whole mixtape was rarely an option. I might pick up something up on a trip to London from time to time but typically the plan was to check AllHipHop.com to see what was out, and then hit the file sharing sites to try and get any tracks that were of interest. True to form, a lot of these joints were never available in better quality so we learned to live with the low bit rate, tagged versions. I've zipped up a few for you, some of which are personal classics. I'd be more than interested in getting hold of better quality versions that exist so if anyone out there is holding 'em then get in touch...

I was a big fan of early G Unit mixtape material (and was a bit disappointed with GRODT) so had to throw the freestyle over CREAM in there to kick things off. Busta, Rae and someone called M Dollars over the Nas beat is taken from DJ L's 'The Game Is Mine' CD, as is Noreaga & Nature over Fab's 'Breathe'. The version of Renegade with Royce instead of Jigga is from a Kay Slay tape and as far as I'm aware is pretty rare. I love the beat on the Gravy/Juelz/JR Writer track but have no other info on it at all. It sounds like a full track but was listed as a freestyle on Cutmaster C's 'Blackout 2003' mix. The live recording of Jadakiss is awesome - he disses Beanie Sigel, in Sigel's hometown. Crowd goes apeshit. Goosebump business. I'd kill for an untagged 320 of the  'Desert Storm' posse cut from Clue's Cherry Lounge mixtape, with its flip of the 'Money Power Respect' beat, but don't think that's ever gonna happen. The Pharaohe Monch track is (I think) from around 2004/05 when he was rumoured to be signing with Shady/Aftermath. Great track and shame it never saw the light of day. The Game track that wraps things up is one of the best he's ever done and as far as I can tell only exists in sub par quality which is a huge shame. If you only listen to one track on this comp make sure its that one.
Posted by step one at Sunday, January 11, 2015 5 comments: 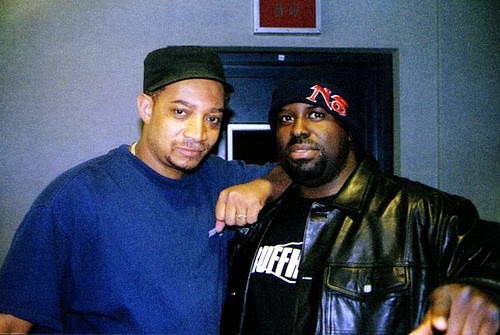 30 minutes of Red Alert in the mix on Hot 97. It's a bit scrappy - whoever recorded it got far too trigger happy with the pause button which rendered the other side of the tape useless - but still worth a listen. It is Red Alert after all...


Tape straight out of  DJ MK's enviable stash.
Posted by step one at Friday, January 09, 2015 No comments: 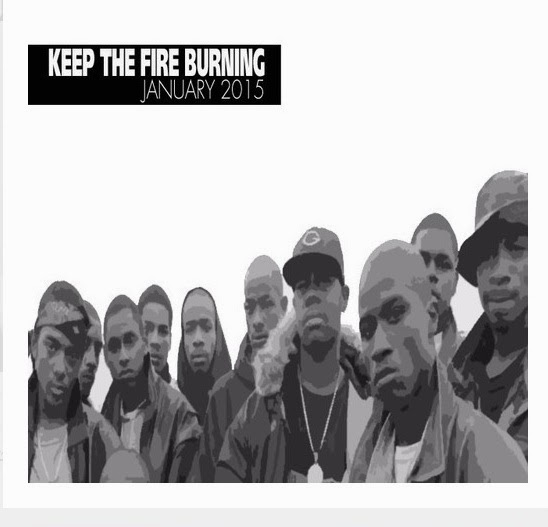