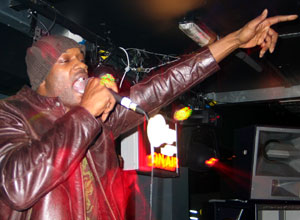 There wasn't a lot of quality Rap music coming out of the UK in the early 90s. As I think I've mentioned before, the scene's golden era of the late 80s had given way to the dance music explosion at the turn of the decade. However, these two (alongside producer Joe Budha) dropped a solid EP that I still play to this day. The Radford EP is well worth a purchase if you come across it and in the dope 'Radford' contains what might be one of the earliest examples of what would eventually become known as 'Road Rap'. London Posse and one or two others aside, it was pretty rare for UK artists to come with anything that thugged out back then.