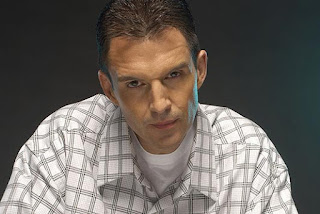 Another one from the vaults: the Radio 1 Rap Show from 5th January 1996.

Lots of good stuff on this - Mobb Deep, Lord Finesse, Chill Rob G, Goodie Mob,  Special Ed, OC, Luniz, 2Pac (not that I ever need to hear 'California Love' again), Smoothe Da Hustler, Wu Tang, Greg Nice and more. Westwood also has a sudden attack of the "Iggedys" around about 40 minutes into part two which is mildly amusing.
During the show he mentions the previous weekend's Christmas party and as luck would have it, last week someone just happened to send me the recording of the live broadcast, so here you go...