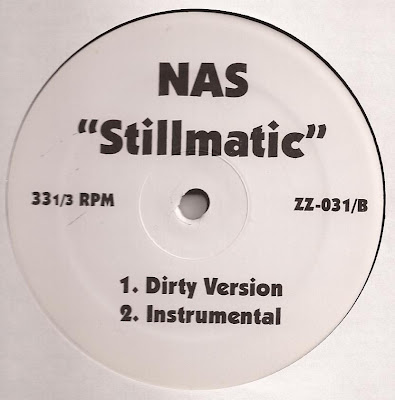 I've had a few requests for this following this post, so here it is in its full length, untagged glory.

If you haven't heard it before, its Nasir going off over the 'Paid In Full' instrumental, and it did the rounds on radio and mixtapes prior to the 'Stillmatic' album dropping.
It's probably the least referenced track from the Nas vs Jay Z beef, probably because it didnt get an official release like 'Ether' and 'The Takeover' and as far as I know it wasn't subjected to a rather overblown premier on Hot 97 when it dropped like 'Super Ugly' was. Either way, it serves to remind that Nas sounds great when he's given a good beat to rhyme on.
Posted by step one at Friday, October 07, 2011