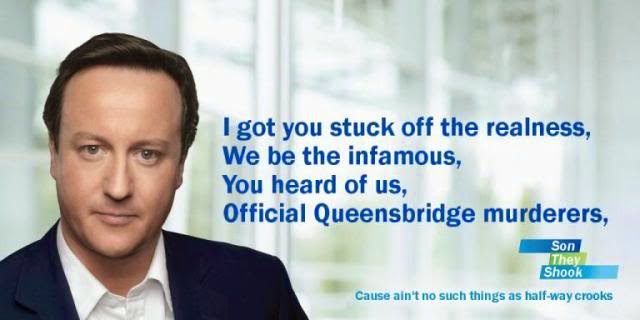 One more post before I leave the country for a few days. By the time I come back the election will be over and there's a slim chance we might have a new PM. I live in what might be the safest Conservative seat in the country and although my MP is one of the most disliked politicians around, he'll probably stay put given none of his challengers are particularly inspiring. Anyway, thought I'd roll with an election themed joint so here's Q Tip rapping over 'Eric B Is President'

I think this came out in the run up to the release of his 'Renaissance' LP (good album btw) when Obama had the streets on smash and rappers briefly showed an interest in politics for the first time in years.
Also, whilst having a bit of a vinyl purge I came across this remix of 3LW's 'No More' which features Nas and also uses the Eric B Is President beat, so here you go...


May aswell post this up too. Always enjoyable although I'm sure certain purists caught feelings and considered it blasphemous when it dropped...