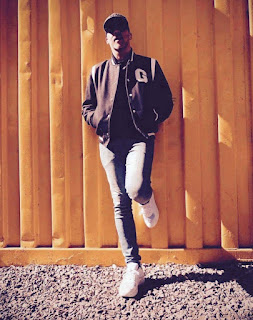 You may know Tobes from the dope Sparkle Motion mixes (with DJ Yoda) and as part of Blood Money (with DJ Dub), or for his work on Spine Magazine back in the day. He's also a mixtape aficionado and has contributed some of his extensive collection to this site in the past. Here's his top 3... Doo Wop - Spring '94 (1994)
To be a teenage rap fanatic in the Spring of 1994 was a true blessing. Looking back, I honestly feel so fortunate to have experienced it all. As consumers we were completely spoiled for amazing music on a weekly basis. This tape was a perfect snapshot of the time. Completely unskippable, every track a banger. Plus you had the Bounce Squad intro, and Wop hyping every song like crazy throughout the tape. I listen to this one every now and then and the memories come flooding back. It was an amazing time.
Ron G - Mixes 12 (1993)
I have every Ron G mixtape he put out in the 90s. This is probably my favorite along with It's On Pt. II and 187. Mixes 12 featured classic hip hop beats paired with various acapellas, everything from Tina Turner to Buju Banton. It was a big influence for Sparkle Motion's 'Mega Blends' mix which has Ron on the intro. He had the art of the mixtape blend down to a science. The opening Jomanda 'I Like It' / Steady B 'Use Me' blend is so cold. I would play the transformer scratch he did on that over and over and over again, completely mesmerized. It was so ill. Still is. I feel like Ron G never got the props he deserves. His R&B/hip hop blends helped shape the sound of 90's/00's R&B as we know it. Ask Puffy.
Kid Capri - 52 Beats (1991)
The fact that this tape was recorded live in one take just makes it so ill to me. When the records skip a few times and Capri jokes "ooops excuse that!" gave it that raw factor, along with tons of tape hiss. I miss tape hiss! It was all breakbeats, but it doesn't get any more hip hop than this. So many break mixes came after, but none were as good. It's a magical listening experience that every hip hop head should be forced to listen to!
BONUS! Tobes and I collaborated on the internet hood classic A Queensbridge Project a few years back which you should definitely check out when  you're in the mood for some early 00s QB raps.
Posted by step one at Tuesday, February 23, 2021