Mixtapes are as big a part of some people's musical history as albums, in some cases more so. They provided the soundtrack for memorable times of years gone by. That one tape that was stuck in your walkman for a whole summer, or played endlessly in your mates car when you were at college. The one you played so much that the songs on it don't sound the same when they're played in any other context.

Depending on where you where from or what age you are you were probably all bumping different mixes. They might've been by local DJs, purchased on trips out of town or abroad, or recorded off the radio. They might've put you onto songs you didn't know about and never heard elsewhere and if you're a DJ there's almost certainly some in particular that inspired you or made you want to step your game up.

The thing is, there's a lot of tapes out there and although most of the notable ones have appeared online by now, it's easy to be a bit overwhelmed and not know where to start if you're looking for some good ones to check out. With that in mind (and with no tapes to rip at the moment) I hit up some DJs of note to find out what their favourite tapes of all time are.

Because OB4ZL is taking no shorts in the Deuce-1 (remember when years had rap names?), we're starting the series off properly. Boston's DJ 7L of Czarface, Bladerunners and 7L & Esoteric fame. He's a dope DJ and he knows his shit. Here's his Top 3: 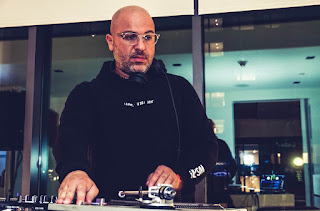 7L: I am sure if I sit and think there would be much deeper ones, but these are the tapes I played to death...

I bought this on a school trip to New York. I just really liked the energy of this mix, and I remember playing it around the clock in my car for a good 2 years. It has the classic New York slam style of mixing and great mic work.
Doo Wop - Cool Out '93
This one I got when we went to New York for Rock Steady Anniversary for the first time. I got this near Rock&Soul. This was another tape that I remember playing for many years, had all the R&B I liked, and again the mic work and mixing was great. Mixtapes back then were like albums to me, even if I knew the music on it, if it was done in a cool way it was all I needed. I saw Doo Wop a few times back then when he would come to Boston, and live he was incredible. One time he was at North Eastern (College) and only had one working turntable, and still killed it for 20 minutes by using the mic and just grabbing records and dropping them. A fight ended the party early. Another mix that ties in with this is Biz's Classic Cuts - Theory of Old School
DJ Shame & Kool DJ EQ - Wreckord Fiendz (1994)
Man..Shame's side of this mix is still one of my favorites of all time, it's just wild. It had the DJ mix intro, then his own remixes, with his own cut up hooks, plus an amazing selection all in a seamless megamix. Shame was very mythological to me back then, I hadn't met him yet, but you heard a lot about him from other DJ's, or from his name on the radio or his remixes. A year earlier he did Travelling Through Sampleland which is probably a tie with this mix as being outstandingly influential on me.
Thanks to 7L for stepping up with the first contribution to the series. I interviewed him for this very blog 10 years ago now. You can check that out here.
Posted by step one at Thursday, February 11, 2021