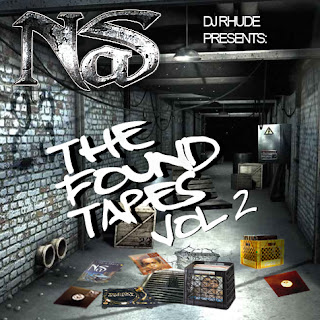 "It's been five years since I dropped the first Found Tapes and we still haven't gotten another The Lost Tapes album from Nasty Nas. I had no plans to follow up my first drop figuring by now we'd have that next Lost Tapes album but with it still nowhere on the horizon, I decided to put together another mixtape of unreleased Nas songs.

So here it is Nas: The Found Tapes Vol. 2 a collection of unreleased songs properly labeled and in the CDQ form Nas fans deserve to hear them in"