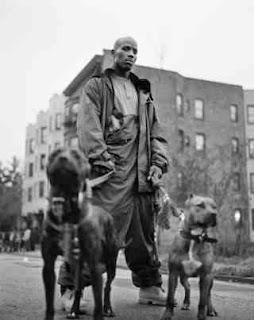 It's easy to forget that in the late 90s DMX was one of the biggest artists on the planet. Admittedly alot of people weren't keen on him and Swizz Beatz's production wasn't for everyone, especially if you were bumping Shawn J Period and Hi Tek at the time. Dude is a more than competent rapper though so if the keyboards and barking put you off back in the day I'd still suggest giving this a try. I don't think this has been online before, and it finds the Darkman in a considerably less amped mode than he was known for. You'd expect a rapper on the come up in '96 to be rhyming off things like Shook Ones and Who Shot Ya but Earl goes with a less predictable selection of instrumentals. Omniscence's 'Touch Yall', LL's 'Hey Lover' and the 'Wu Wear' beat all get laced, plus there's 3 takes over 'If I Ruled The World'. They vary slightly so I left them all in. The tape itself is fully no frills. Literally just someone playing the beat and DMX rapping over it. No multitracking or added adlibs etc...