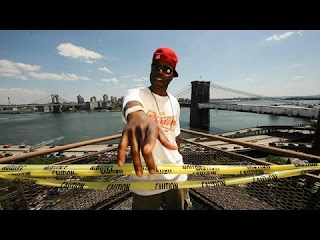 If you have an interest in late 90s/early 00s indie rap you're probably familiar with FT from his Tru Criminal/Street Smartz releases. I've selected the lesser known 'Stand Up' for this installment of Don't Sleep as it's kind of different to a lot of what his peers were doing at the time, especially with the high hats + double time flow combo at 2:42 as NY was still a way off adopting the dirty south style at this point. Dipset's JR Writer used pretty much the same beat about 8 years later and you can't say that about too many indie joints from the turn of the century...

Turns out that this is produced by a dude called Rodney Hunter who might not be a big name in rap circles but he did produce the dope 'Boundaries' by Leena Conquest which I used at the start of my recent Technics & Chill mix.
'Stand Up' was recorded for Stretch Armstrong's 'Spit' compilation, although I discovered it by way of what was possibly the best cover mounted freebie CD of all time, given away with HHC back in the day. I know everyone brings up the Soundbombing, New York Reality Check and Lyricist Lounge CDs as the era defining compilations of the independent Hip Hop boom but that Landspeed compilation bodies them all in my opinion.