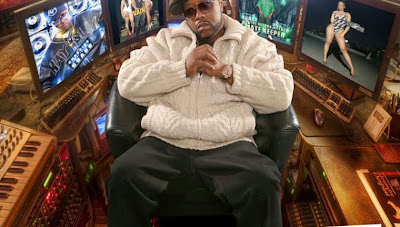 I don't have the cover for this and the one I found online is hella blurry, but its a Kay Slay mix from 2002 so you can probably guess what it's about. There's a coupla unreleased joints by Cardan featuring Huddy & Meeno (so basically Harlem World) and Shyne. There's also freestyles from all the usual suspects, as well as Freeway's 'What We Do' which never gets old. It's always nice hearing a classic in it's initial "Brand New Exclusive!" form.

A word of warning: the CD kicks off with 2 radio interviews. One with Irv Gotti and one with DMX, centered around the rivalry between X and Ja Rule. Both are about 10 minutes long, but that's what happened before YouTube came along. The DMX one is worth a listen, the Irv one not so much unless you're interested in both sides of a beef that never really amounted to much.
Posted by step one at Friday, December 06, 2013