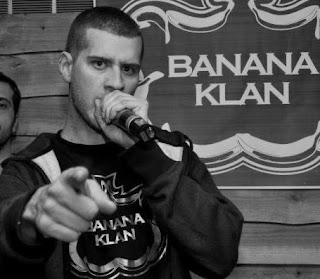 Aside from having contributed a ton of tapes from his extensive collection to OB4ZL, DJ Diablo is also a founder member of The Brotherhood, was resident at legendary London club night The Hop, DJ for Roots Manuva's Banana Klan crew and most recently held it down on BBC 1Xtra with a guest spot on the Heartless Crew's sunday night show. Here's his top 3 mixtapes...
DJ Riz on the Capital Rap Show (1994)
No one had ever heard a mix like this before, everything about it was perfect the cuts, the blends, the mixing. Westwood first played Riz's mix in '93 but only dropped 20 minutes of it and due to popular demand he had to play the whole thing. Simply untouchable.
Mr Wiggles - Rock Steady Vol 1 (1994)
Another incredible mix for its time influencing many copycats, some good some and not so good. Using a 4 or 8 track mixing classic breaks with Zulu Nation gems. The definitive B-Boy mixtape.
DJ JS-1 - Flashbacks
Another mix that blew my mind. Insane cutting and mixing with legendary tunes that birthed the culture. Flawless from beginning to end, JS-1's masterpiece is still in heavy rotation today.
Posted by step one at Tuesday, March 02, 2021