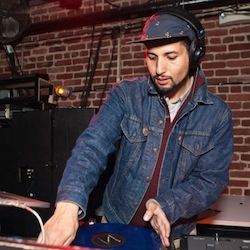 Staying out west for TK #10 (and the last one for now), San Francisco's King Most comes through to drop his top 3. You might know him for his Opening Set podcast, or his dope redirections of new and classic hip hop, R&B and soul joints, which are well worth checking out, as are his 45s if you're into copping that kind of stuff on vinyl. He's also been holding it down on Twitch in recent times. Get to know.

DJ Spinbad & JS-One - Cold Cuts Remixes (1997) This is pure King Most DNA right here. It was maybe the first time I was shown the full possibilities of what a blend tape can be: the DJ can now be the producer as well as the selector. JS-One & Spinbad dropped new choruses of precise scratches and tracks with multiple changes throughout the 90 mins of intricacy. I revisited this after Spinbad's passing and it still was enjoyable. What impressed me even more was realizing how lo-fi and basic the technology was at the time this made. Though what was used to make this mix is now obsolete, the entire project is as polished as what comes out of laptops today. 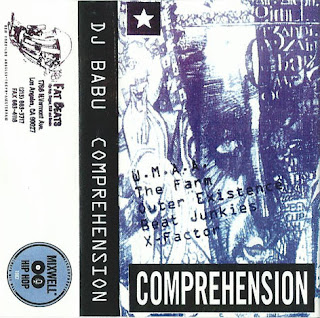 While Spinbad & JS-ONE were patching together entire verses and beats, Babu and Kan Kick were in the trade of repurposing seconds of obscurities and now-classic hip-hop anthems. The result is an entire tape that is still a standard of how cut-and-paste and bedroom beats can sound. Babu's side treats the listener to a run of jazz-funk, turntablism, and the finest ode to Sucker DJs a 1996 Fostex tape recorder can yield. Extra points for unearthing samples that were as rare as any golden-era NYC beatsmith. And speaking of producers like Pete Rock or The Beatnuts, Kankick's side of beats elicits the same head nodding of a Brooklyn studio session but with the ease of a Cali Summer and the haziness of then-crew member: Madlib. A lifetime later, I still would love these instrumentals on vinyl.
DJ Zeph & Imperial - Breakbuilders
DJ ZEPH · Break Builders Vol 1 part 1 ---DJ Zeph & DJ Imperial
Though Babu, Spinbad et. al flexed their talents in a pre-recorded mindset, DJ Zeph and Imperial went live on four-turntables and delivered a mix that is as precise. Recording the perfect live mix is a bit of a goal for DJs, but achieving perfection while handling music where tempos drift and dip is an advanced form of musicianship to my ears. I can only imagine the DJ session when this was recorded (BUT WHO HAS A FULL RECORDING THOUGH?! Side A is only on Zeph's Souncloud and Discogs yield nothing. Help!)
Posted by step one at Wednesday, March 24, 2021