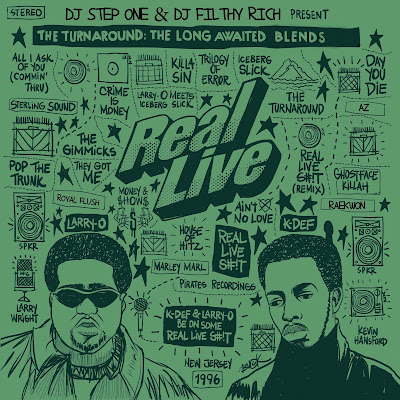 Hyped to be dropping this as the last post of the year as it's something myself and Filthy Rich have been putting together for a while. We've taken the instrumentals from Real Live's 1996 underground classic The Turnaround and got our blend on with some acapellas to give the album a new lease of life. As dope as the original album is (and Money & Shows is probably one of my most played mid-90s songs of the last few years), Larry O wasn't quite at the top level of New York rappers back then but now you can hear the likes of Biggie, Kool G Rap, AZ, Raekwon, OC, Camp Lo and Lord Finesse do their thing over K-Def's beats.

We tried to use a few less obvious acapellas alongside some tried and tested classics. Not all of the beats on the album made the cut, but any omissions have been replaced by the remixes of the The Turnaround and Real Live Shit aswell as Get Down For Mine.
Have to give an extra big up to Rich for editing some of the adlibs out of the original instrumentals and tweaking a few things here and there to make the tracks sound more on point. 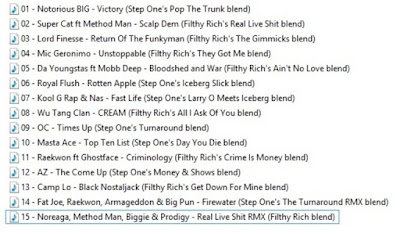