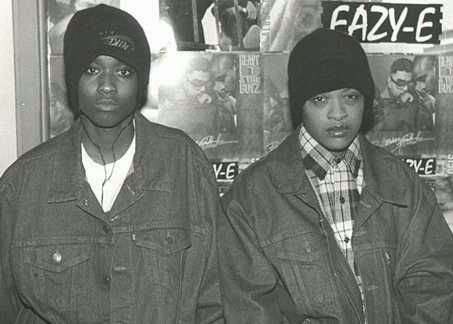 So far in this series, I've posted songs by artists from Chicago, New York, LA and Miami. This time out I'm going with something from Detroit, and its by a WOMAN. Turns out some of them can rap. They'll be wanting to vote next. Anyway, like most people, I was a fan of Boss's single 'Deeper' which got some heavy rotation on Yo! MTV Raps and rap radio shows back in 93. Unlike most people (I think?) I bought her album 'Born Gangstaz', which featured production by Erick Sermon, T Ray, Chyskillz and Def Jef. The Barry White/Aswad sampling 'Deeper' was the standout track but the remix of the follow up single 'Progress Of Elimination' has always been a personal favourite...

As with some of the best female rappers, Boss had someone write her raps for her. In this instance, the aforementioned Def Jef and someone called Ricardo Royal are on biro duties, with bars that bring to mind 90s Kool G Rap and I actually thought he might've been behind this one until I checked Discogs. Boss' delivery of the street narrative is suitably on point and there's a nice late night G Funk vibe underpinning the track (not that dissimilar to the beat Jef provided for Shaq around the same time). Despite leaving us with a fairly small discography, it's probably fair to say that Boss laid the foundations for Mel B, Alesha Dixon, Rick Ross and other rappers with boobs.