The first in an irregular series of posts where I pick out songs that I feel are unduly slept on. It seems like nothing is really that obscure anymore so don't expect a barrage of rare and unreleased joints. This is more a case of either putting people up on things they haven't heard or just jogging memories. That said, the first one up is a bit obscure... 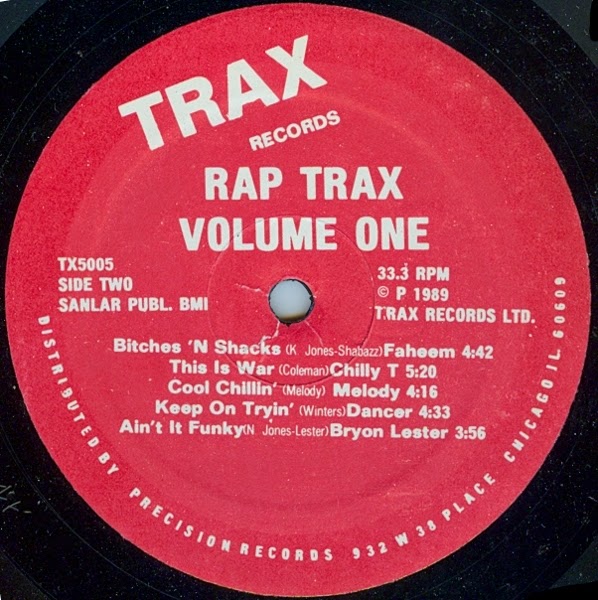 I loved this track when I heard it back in '89 on the Deep Heat 4 compilation but in the years that followed, searches for a 12" proved unsuccessful. A few years ago I found out it was released on an album by the seminal Chicago House label Trax, which was pretty much the last place I expected to find it. Given the notoriously bad quality of Trax vinyl, I passed on buying it. Telstar's habit of squeezing 8 tracks on each side means the Deep Heat 4 vinyl is a non-starter as well, so I've just made do with an MP3. Anyway, its a great track that uses 'Summer Madness' (although 10 year old me didn't know that, obviously) with some Rakim samples cut-up for good measure. Given their label's House background and the general trend for uptempo Rap tracks back then its kind of suprising that this is so downtempo. As far as the lyrics go, it's not entirely dissimilar to Just Hangin Out by Main Source (another personal favourite)...

I haven't been able to find out any info about Melody but this seems to be their only release. I assume they're from Chicago which might have gone against them in the NY-centric days of the 80s. Still, maybe it'll turn out that dude is Chief Keef's grandpa or Kanye's uncle or something.