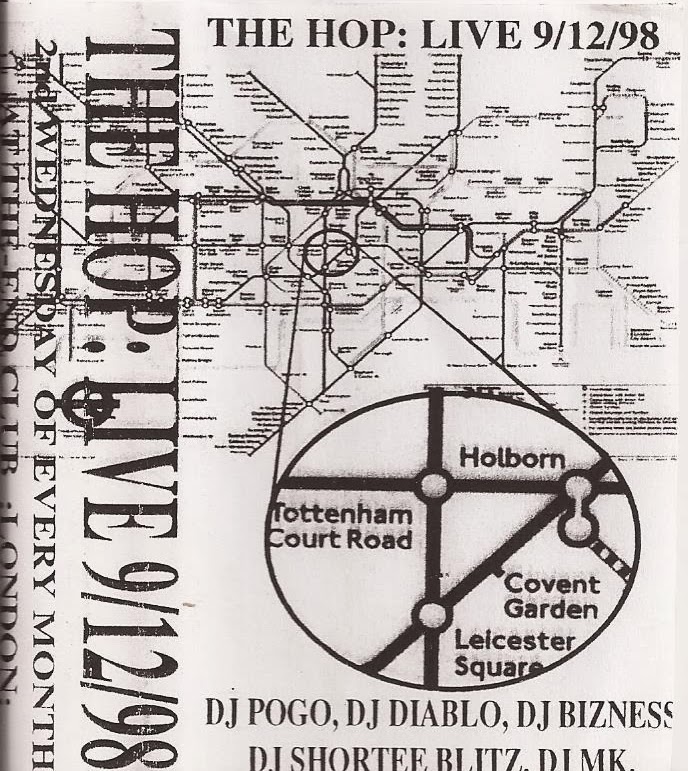 The Hop was a Wednesday night event held at the now legendary London nightclub The End back in the late 90s. Pretty much anyone who was anyone at the time in London played there along with a host of visiting US artists. Here's a 90 minute snapshot from 1998 with DJs MK, Shortee Blitz, Pogo, Bizness and Diablo dropping joints new and old...

The club itself was based about 10 minutes from the record shop hub of London's West End where heads would congregate at stores like Mr Bongo, Deal Real, Wild Pitch and Uptown to network and cop the latest releases. I never actually went to The Hop - I lived outside London and none of my friends at the time were into rap music - but frequented The End regularly until it closed in 2009. It had arguably the best sound system around and hosted some of the most popular promoters from a variety of genres. Personal highlights include seeing Kenny Dope and DJ Spinna back to back (literally) on 4 decks at a BBE event; going to the Urban Takeover album release party with a pile of promos of my first and only Drum & Bass release to give to the DJs, and one of the closing parties where Mr C (the co-owner) dropped a 'Back To 88-89' set and had the whole dancefloor singing along to 'Promised Land' and Inner City's 'Big Fun'. I miss that place. 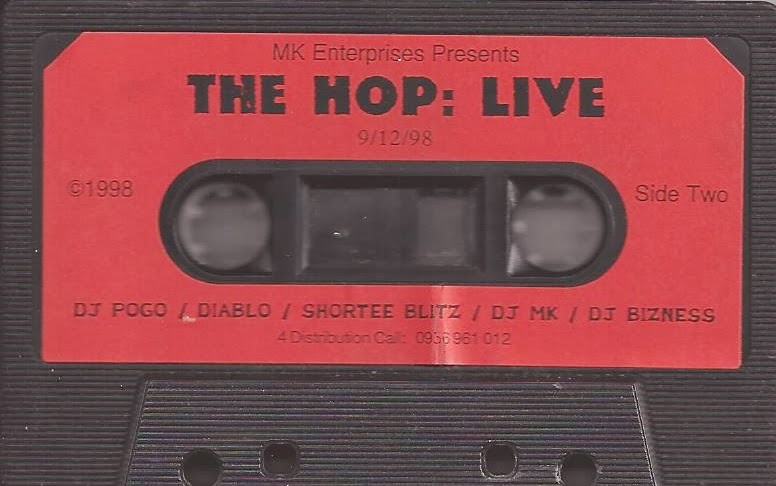