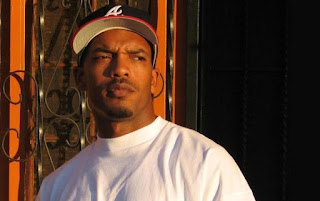 Shout to Craig for coming through with some audio of this for me. Kam's debut album 'Neva Again' was a favourite of mine when it dropped but one thing that always bothered me was that the version of 'Peace Treaty' (also the lead single) was different to the one that had been getting played on Westwood and Kiss FM. I thought that maybe it existed as a remix on the promo or test press but so far the only place it has emerged is in the form of this mp3 ripped from a tape of a Westwood show from December 1992.

Ok, its not drastically different, but that sample in the chorus is missing on the LP version and although hearing it now, it admittedly sounds a bit cluttered, I always felt that the released version was missing something without it. As with alot of these kind of situations I guess it comes down to which version you heard first. Either way, Rap Nerds love them some unreleased alternative versions so it had to be posted.
Posted by step one at Thursday, May 16, 2013