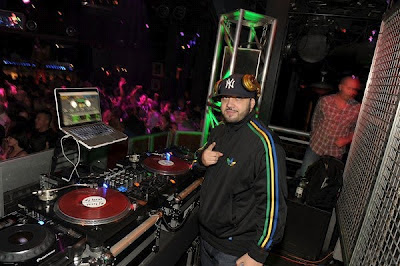 During the mixtape boom of the early 00s, Green Lantern was absoloutely killing it. Whereas other DJs had their niche in exclusives, blends or dis tracks, GL would drop mixes filled with all 3. Its like Rectangle, Kay Slay and Dirty Harry combined. His knack for selecting dope beats enhanced the freestyles on his CDs and his attention to detail when he puts his blends together is ridiculous. With that in mind, here's a compilation of some of my favourite moments from a few of his mix CDs.

Tracklist
1- Green Lantern 'Many Men'
Fat Joe, Eminem & Nas verses over one of 50's finest moments.
2 - Cam'ron & Jay Z 'Welcome To NYC' (Green mix)
Green chucks Cam & Jay's only collabo over the 'Can I Live' beat. There's not much I wouldnt do for an untagged CDQ version of this.
3 - Fat Joe 'U Dont Know freestyle'
A good example of the beat making or breaking the freestyle. Joey Crack over one of the better tracks from 'The Blueprint'
4 - CNN & MOP 'Stompdashitoutyou' (Green mix)
This 03 collaboration was on the Def Jam Vendetta "soundtrack". Turns out it sounds rowdier and better over the 'Straight Outta Compton' instrumental.
5 - Ghostface Killah 'Survivor freestyle'
Tony Starks over 'Ambitions Az A Ridah'? Its a wrap.
6 - Green Lantern 'The Throwback Mix'
Pretty sure I've mentioned on more than one occasion that everyone sounds dope over the 'Ikes Mood' piano break. This is no exception. Jigga, Styles P and Pac all get a run out on this one.
7 - Gang Starr 'Freestyle'
Because I had to get a Primo beat on here somewhere didn't I?
8 - Pharrell 'The Ice Cream Man'
Skateboard P over 'Ice Cream' and 'CREAM' (you see what I was saying about attention to details?). This is something of a guilty pleasure. It shouldnt work but it does. Just dont focus on the lyrical content too much.
9 - Green Lantern 'Addicted To Retail'
I don't recognise the beat used on this one (anyone?) but Biggie, Kanye and Foxy Brown all sound right at home on it.
10 - Jay Z 'Got Me On My Shit'
Another one that might aggravate hardcore Wu Tang-ers a bit. Jay over a beat that's basically 'Shadowboxing' with a few changes. I think the raps are off something on 'Blueprint 2'. Works.
11 - Redman & Paul Wall 'Freestyle'
From Green's show on Shade 45. This is pretty much settles the "writtens vs off-the-dome" debate. To his credit, Paul Wall rhymes off the top of his head, albeit with mixed results but then Redman steps up and kills it.
Posted by step one at Sunday, June 24, 2012