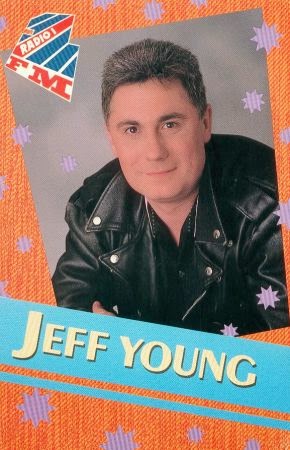 I got into Hip Hop and music in general back in 1988 (I was 10 years old) and before I discovered Kiss FM or Westwood's Capital Rap Show, Jeff Young was the man. In '88 he had a fairly late slot so I had to leave my parents in charge of the record button and 120 minute TDK tape. It was on this show that I first heard Public Enemy, Ice T, Chill Rob G and loads of other future classics, so salute to Jeff for playing this stuff when it was otherwise ignored on the BBC. Shout out to DiseOne from DWG for hooking me up with this tape which was part of a large stash that landed on my doormat today. Gang Starr, Main Source, Def Jef, EPMD and Schooly D on this one...

There's not much info on JY but Blues & Soul had a brief write up:
Although his successor has attained far greater heights, it was Jeff Young who paved the way for Pete Tong’s phenomenal rise to prominence at Radio One. His long-standing status as a knowledgeable and credible soul/ black music DJ in the South East stood Jeff in good stead to secure a highly influential weekend show on BBC Radio London. Although this was termed a ‘breakfast show’, its 8am start meant it was ideally timed for ravers gradually stirring following a night on the tiles. As very early house music from Chicago and New York started laying the foundations of what’s known as ‘dance music’ today, Jeff was in just the right place at the right time to be snapped up by Radio One in 1987 to host the new Friday night ‘Big Beat.’ This saw him playing music right across the black music spectrum, from Steve ‘Silk’ Hurley to Public Enemy, but his soulful roots were always evident. Jeff handed the baton to Pete Tong in 1990, and, apart from a stint on Capital Radio shortly afterwards, has kept largely behind-the-scenes roles since.
Posted by step one at Thursday, April 05, 2012