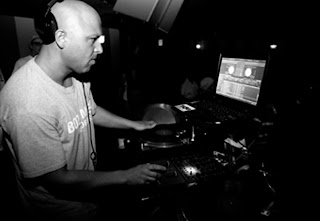 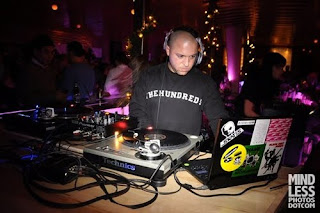 Around 2003 it got pretty bad, but it was still fun. Now its fucking torture. I rarely do the bottle service spots anymore. I still play spots where you know you gotta play the hits, but crowds are a little older and you’re able to actually play “open format”, not just fucking Kesha, Gorillaz and then Drake. Nowadays though, if the setting calls for it, u gotta run some of that Guetta, Pitbul, fist pump shit. I don't like it but if you’re playing a fucking Casino gig they don't care about 'good music'. I sorta stopped taking those gigs. I can't be a grown man playing 'Whip My Hair' – you gotta draw that line! I sorta pride myself on staying up on all the new rap shit cuz that's what I've done since 85, but that doesn't mean I buy into all the new shit either. I think a lot of DJs now co-sign shit cuz they don't wanna seem 'out of touch' or 'dated'. Now instead of wanting to be the next one to bring some fresh shit to the tables people just follow other people around. DJs used to be the dudes who’d built up a huge collection of records over alot of years and had a real knowledge and love for the music. That changed significantly in the last decade... DJ's are spoiled these days cause the thing about when I was doing the Lava Bar, and playing what i was playing you had to actually have the vinyl if you wanted to play these older songs next to the current Hip Hop stuff, and that took time, and years of going out and finding records. Now, you can have thousands of classics right away, an instant library, but then everyone plays the same shit and it gets watered down. I love my Serato, cause it allows me to have endless variety, but at the same time I’ve been buying records since 85. People still recognize a dope DJ but now it seems everyone’s playing “open format” and everyone’s a DJ and it’s just been getting worse. No one wants to works hard or pay dues. Everyone feels obligated to do top shelf gigs and is all about treatment and money. Its just a bunch of DJs doing what my man Kon calls 'chasing Vegas'. Its like no one wants to carve their own identity. Do you still stay up on new Hip Hop and if so who are you checking for? I stay up on all the new shit but most of it gets boring after 2 listens. Jay Z is still my favourite but Vado and Fred Da Godson got some shit I like, and Reek Da Villian. I love the Kanye record. I’m up on it all; I may not stay directly in the scene as much as I used to, but I know pretty much everything thats going on, haha! That's been imbedded in me since 85, its the Hip Hop mentality, u gotta stay n all the new shit good or bad. Its the youth that defines this culture, so you know, you can't just check out then pop back in. I still love hearing a banging Alchemist beat, or Premier. DJ Spinna’s still making incredible shit. Araab Muzik is a monster. I am a huge fan of the Grind Music guys. They are probably the last in a dying breed of ‘record guys’ who make dope relevant shit. What do you have going on for 2011? Just staying busy DJing, myself and Beyonder (Braun Draper) play out while the Razor stays in the studio. We got a few records dropping for spring time, mainly bootleg edits type shit, then we’re going to release a proper Bladerunners album in winter of 2011 - its gonna be like some Masters at Work shit: half dance and club records, half Hip Hop Party breaks. Big up 7L for talking the time out to do the interview. He was also generous enough to hook up a great mix of classic Hip Hop circa 86-91 You should also keep an eye on the Bladerunner blog for various audio treats and the occasional interview - their chats with DJ Riz and Undercover Brother (of Nubian Crackers) are worth checking out. (NB - I spent ages trying to get the 'read more after the jump' style link to work but couldnt hook it up - if anyone can help me out let me know!)
Posted by step one at Wednesday, January 26, 2011

Labels: DJ 7L, DJ mixes, I Was There, interview