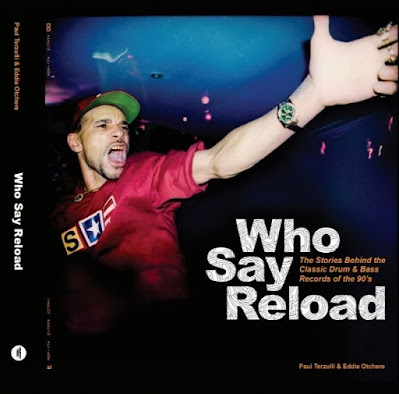 For the last few years I've been putting together this collection of interviews chronicling the classic jungle / drum n bass records of the 90s. I'm proud to say that it's now available for pre-order through Velocity Press and is due to be available on general release in March!
Each chapter focuses on a different classic jungle track, with the artist providing the backstory on their influences, creative processes and memories of the burgeoning jungle scene of the mid 90s. There's also additional interviews with some of the genres key figures providing additional detail and commentary of the stand out records, raves and club nights of the era. Photography is from the archives of my man Eddie Otchere, who you might be familiar with from his shots of Wu Tang, Biggie and Aaliyah amongst others.
I've written a short piece on how the book came about here. If you get in quickly you can also cop the limited edition poster featuring records included in the book.

Quite typical of me to spend 10+ years cultivating a reasonably sized following off a blog focusing on classic hip hop and then going and writing a book about a completely different genre, but as far as hip hop goes I couldn't come up a fresh angle to write about and then there's obviously issues with access to artists etc. Jungle/D&B (essentially the same thing and for the purposes of my project the terms are pretty much interchangeable) is my second musical love and although I had been into it since 94, it was the phase of hip hop influenced records around 95-97 that really peaked my interest. Despite the widely recognised influence of reggae and sound systems, along with its foundations in the early 90s hardcore rave scene, a large proportion of the artists I interviewed have their roots in hip hop. The first wave of producers often cited the likes of Marley Marl, the Bomb Squad and Mantronix (where do you think they got that amen break from?) as their inspirations. Anyway, I won't go into too much detail here but suffice to say: GO AND BUY MY BOOK. Thanks.