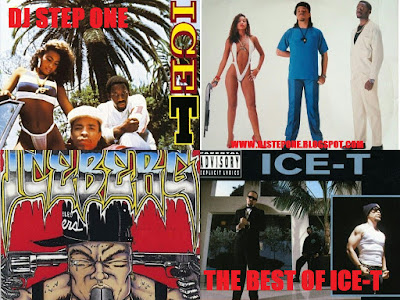 A few things about this mix then:
- There are some omissions. Due to time restraints and things not "fitting" I had to leave out Lethal Weapon, Somebody Gotta Do It, Fly By, Girls LGBNAF and several other classics from the man's catalogue. I enjoy pretty much everything on Power, Iceberg and OG so there always had to be some things that didn't make the cut.
- Although I've never been a massive fan, I've become slightly more appreciative of Home Invasion after doing this mix. At the time it seemed like it should've been a lot better - particularly on the production side - but Ice's voice seems a bit off at times and he does a lot of  tracks in a whispery flow/lower register. It's a solid enough set though.
- Although it's rarely mentioned, Ice is one of the genre's best storytellers. Up there with Slick Rick and better than Kool G Rap imo.
- The acapella taken from his Combat Jack Show interview is fantastic, as is the interview itself.
- Donald D's verse on My Word Is Bond >>>
- Think I'm going to check his later albums from Return Of The Real onwards - there has to be a few gems on those, although the less said about this cover the better.
Posted by step one at Friday, September 02, 2016