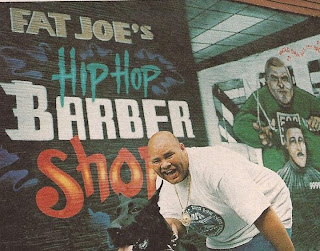 Been a while since I had any radio freestyles for you so here's an obscure one. Joey Crack, C-Boogie Brown & Red Hot Lover Tone in a cipher on Hot 97.

In the years that followed these 3 would all see their careers follow different paths. Tone obviously went on to be responsible for a gazillion platinum records as part of Trackmasters, and of all the rappers that were around in 93/94, I dont think many people would've picked Fat Joe to be the one still dropping albums on a major label 20 years later. Its a shame Charlie Brown's solo career didnt take off though as I'm sure he had some good material in him. If anyone has a good quality version (ie not the Westwood tape rip) of 'Whatcha Gonna Do For Me' - the '95 track he did over the same beat Craig Mack used for 'Makin Moves With Puff', then hook me up!
Posted by step one at Monday, April 01, 2013