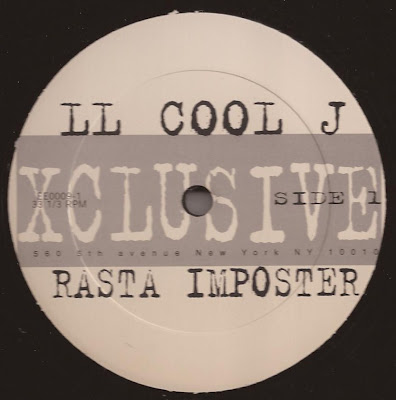 A quick refresher then: LL had already responded to 'Second Round KO' with 'The Ripper Strikes Back'. That lead to Wyclef dropping the comparatively weak 'Whats Clef Got To With It' (it had a Naomi Campbell cameo if you don't remember). LL then shot back with this; 5 minutes of A1 battle raps over the 'It's My Thing' beat...


(Both pressings of this have the same crackle throughout the track, so its the recording itself rather than the vinyl!)
Posted by step one at Sunday, January 15, 2012