"Its All About The Benjamins" original unreleased mix (1996) 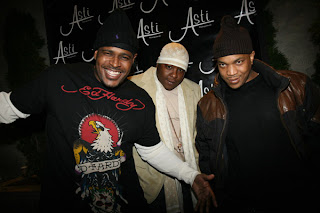 A few hours digging for vinyl yesterday yielded some interesting results. One of the records collecting dust in the middle of the endless copies of Ja Rule and D12 promos was this white label which includes the original version of the classic 'Its All About The Benjamins'.

Wikipedia has a bit more info:
The song debuted in 1996 on DJ Clue's Holiday Holdup mixtape. This version of the song only featured Puff Daddy and the rap act The L.O.X. (excluding Styles P). The song was later added to Puffy's debut album, No Way Out, in a remix, "It's All about the Benjamins (Remix)", which added two new verses by Lil Kim and Notorious B.I.G. Lil Kim also provided the song with a chorus which the original version lacked. This version of the song also omitted the word "Hebrews" out of Jadakiss' verse, however, the word was left in on the first pressing, subsequent pressings removed the word. Additionally, when it was released on the Bad Boy's Greatest Hits Vol. I album, it retained the word. This single made it to No. 2 on the Billboard charts and its video won a Viewer's Choice award at the 1998 MTV Video Music Awards show. Due to the rarity of the obscure mixtape version, the remix featured on No Way Out is often considered the song's definitive version to avoid confusion
Posted by step one at Monday, December 07, 2009