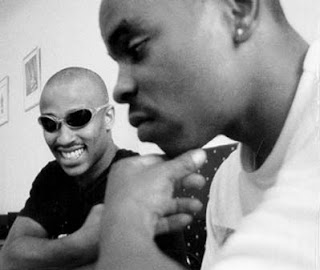 This is taken from a tape of Stretch Armstrong & Bobbito's legendary show on WKCR.
In the studio to promote their debut album, Group Home drop something over Kool G Rap's 'For Da Brothaz' instrumental before they're joined by their crew Brainsick Mob (including Smiley Da Ghetto Child) who go off over the 'Broken Language' beat.

That'll be it until next week as I'm off to Ibiza tommorow for a few hard earned days in the sun.
Posted by step one at Wednesday, September 09, 2009