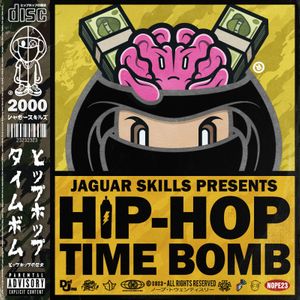 Jaguar Skills drops the second installment of the Hip Hop Timebomb, this time focusing on the best joints from 2000.

Canal Street purchase from Sept 2004. Headlining tracks were the new Nas (You Know My Style) and Fab's Breathe which was ringing off everywhere at the time, alongside Lean Back, Why and New York. The usual NYC mixtape suspects are present and correct here - D Block, Mobb Deep, Dipset, G Unit - alongside some up and comers. Hoping to get a scan of the cover/TL sorted soon. 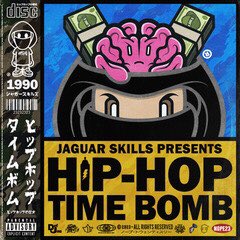 This is big. Jaguar Skills drops the first mix of his Hip Hop Time Bomb Series. Just over an hour dedicated to a different year each week., with the best tracks mixed the F up ninja style. Get on it now, there's some treats to come.

One of few positives of this current shit show is that DJs are having to focus their attention on whatever they can do their homes. In MK's case he's gone into his stash of tapes and commenced to ripping some gems. First up is the first LA Gear Rap Exchange where Tim linked with Marley Marl. You already know what to do...

1998 was a good year right? Nice amount of new acts coming through that would go on to be mainstays of the genre, a solid number of good albums, underground/indie, mainstream and everything in between on both coasts was in pretty good health, So a DJ Rectangle mix from 1998 is going to be good innit? 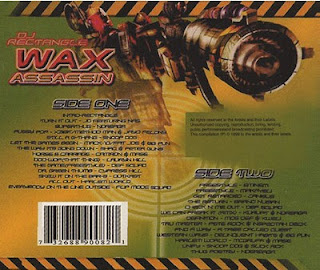 Check the 'Cogs for the TL. I had to cut off the last 2 tracks as the CD was skipping but I think the rest of it is fine
Posted by step one at Friday, March 13, 2020 1 comment:

March 9th. A date Canibus imprinted on listeners' brains as the day Biggie died and also my 11th Blogiversary (?). We still here. This freestyle has done the rounds over the years but I've been playing it over the last few months since I picked up one of those not-entirely-official compilation albums that was somehow on sale in HMV in the mid 00s.

The interesting thing about this Wake Up Show appearance, aside from being the week before he was shot dead, is that he speaks about how 2Pac's death affected him ("maybe more than anybody else") but then what lyrics does he go to for the freestyle?

Long Kiss Goodnight! I mean..."slugs missed ya, I ain't mad at ya", "maniacs put my names in raps", "look what you made me do, brains blew, my team in the marine blue 6 coupe"

Oh for social media to have been around when Fat Chris (@KONY or @FrankWhite maybe? )went on LA radio and threw all sorts of subliminals at 2Pac 6 months after he died. Your favourite rapper would never. Unless your favourite rapper is 50 Cent. He probably would.

Nice beat selection for this too, and unusually for such a great moment in 90s rap radio, there's video footage too.

Had this one for a while (think it was the batch Mr Pepaseed gave me years ago) but it got lost in the shuffle and I've only just ripped it. The OG Deejay Random cutting up a bunch of breakbeats, new and old hip hop and funky stuff as he is known to do.
Posted by step one at Sunday, March 08, 2020 No comments: