Last night's show on Kane FM. New joints by Nature, Big Noyd, The LOX and Chamillionaire ft Scarface and Killer Mike plus the usual selection of classics.
Catch the show live every other Sunday 9-11pm (UK time)
Posted by step one at Monday, July 29, 2013 No comments: 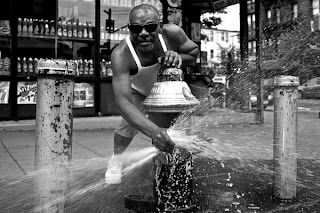 Posts have been less frequent than usual while I make the most of this sunshine. British summers tend to be over way too soon these days so spending them hunched over laptop isn't really the way to go.
Anyway, this blend by DJ Cinema definitely has a summer vibe about it. I called it a blend but its a bit more than that. He's taken that all-too-short piano and vocal from the intro to Oukast's 'Atliens' and made a whole new beat out of it. Add some verses from AZ, Kanye, CL Smooth, Nas and Tony Gambino (I assume he's Cinema's homie) and you've got yourself a dope track.

I've kept this in regular rotation since I grabbed it off Cinema's 'The Chronic' mixtape. It works really well not least because he's gone for some different acapellas and they all compliment each other nicely.
Posted by step one at Friday, July 26, 2013 1 comment: 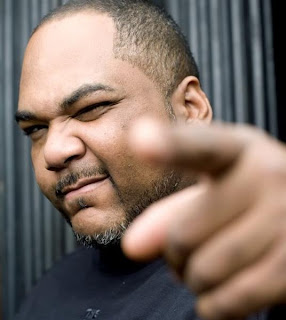 More from The Do Over. 30 minutes of Plug 3 dropping some golden era Hip Hop and 80s jams (Bowie, Prince, Eurythmics etc) 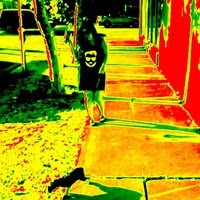 Reggae Dancehall mix courtesy of Thee Mike B. Its too hot to go into more detail, just click the link... 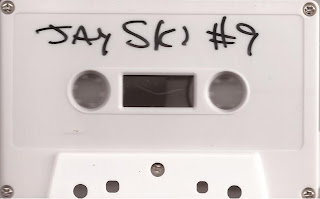 Another Jay Ski tape for you. This is the oldest one in the batch I was sent (cheers Richard!). No cover or tracklisting but there's a decent selection of new stuff, blends and freestyles by the likes of Big L, KRS One, Tha Alkaholiks, Smif N Wessun and Heather B 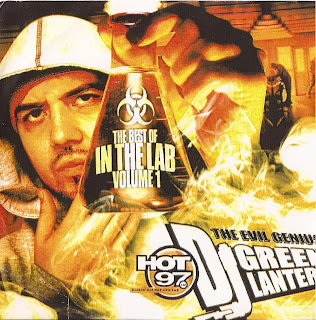 Hard to believe that this is 10 years old already. I copped it on my first trip to NYC in August 2003 and it captures that era perfectly: G Unit, Dipset, D Block, Neptunes and The ROC all present and correct and delivered in that unique Evil Genius style. Everything is pretty much exclusive to this CD which is why it still stands out today. There's some dope freestyles, including Lloyd Banks over Jigga's 'Show You' (with a Tony Yayo drop straight from the bing) and some great ''Green mixes" like 'Dipset Anthem' over 'What Up Gangsta' and MOP & CNN over 'Straight Outta Compton'. You need this. 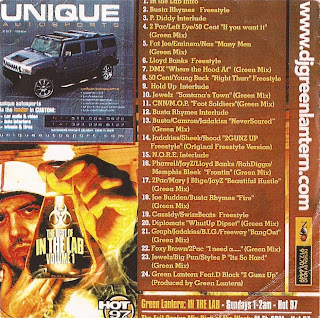 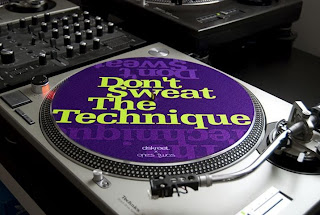 I be blending! This is/was intended for an 'all blends' mix I've been trying to put together since what seems like forever. I've got quite a few done so it might actually drop one day. In the meantime...

The beat is taken from this track produced by DJ Format. Tell him how much you like it.
Check the way the 'I made my debut in 86' line conveniently comes in over 'The Champ'. Sometimes things were just meant to be. 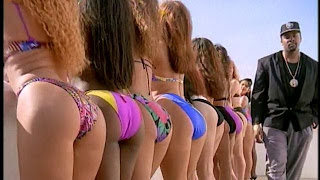 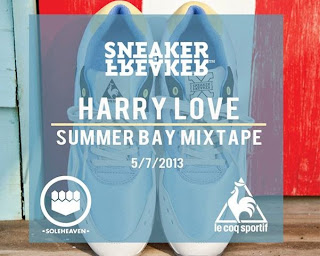 Harry Love mixes are always welcome round these parts. This dropped a couple of days ago and is a great selection of Hip Hop, R&B, Funk & Soul. Perfect for the summer months.

I did an extra show this month so I dispensed with the usual format and just threw on stuff at random. Shuffle mode if you will.

Been a bit busy recently but there should be some new tapes rips and stuff coming soon.
Posted by step one at Monday, July 01, 2013 No comments: